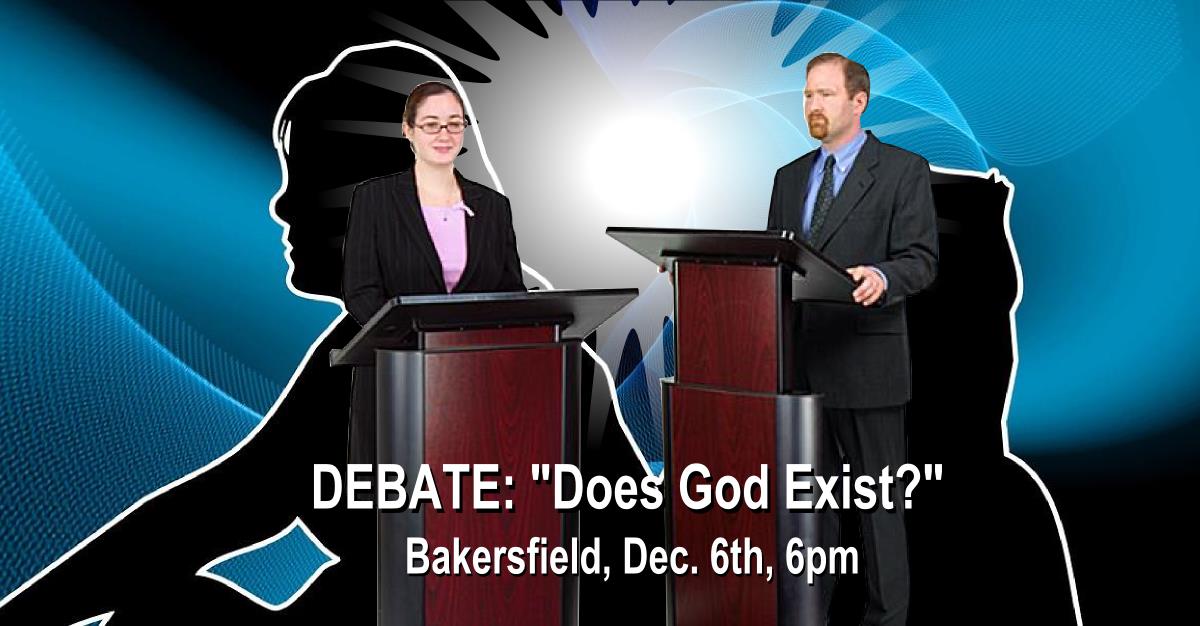 ValleyCoR member organization, the Atheist Society of Kern (ASK) has been invited to participate in a debate at the Graces Memorial High School (GMHS) in Bakersfield, California.

This debate is open to the public but is aimed at those students of GMHS who are expressing doubt or apathy toward the existence of God.

UPDATE:  Due to a scheduling conflict, Bakersfield Community College professor Neal Stanifer will not attend the debate.  Nick Miranda, vice-president of ASK will take his place.

Chris Plance is the event organizer. Plance is a theology teacher who came to Bakersfield in 2015, and was the Director of Evangelization and Mission at John Paul the Great, Catholic University before then. Plance received his Master of Arts in Theology from the Franciscan University of Steubenville, Ohio.

Timothy Gordon first came to GMHS in 2006 with a Master of Arts from Loyola Marymount, LA. In 2007 Gordon left Bakersfield to earn his licentiate (Ph.L) from the Pontifical Gregorian University in Rome. He returned to GMHS in 2014. Gordon has also earned his J.D. from the University of San Diego School of Law. Gordon teaches theology and math at GMHS.

Bates is a software engineer, web developer, and owner of a media production company. He received his BA from Rice University in Houston, Texas. Bates is also very familiar with the policy debate style that will be used in this debate.

Miranda is a Marine Corps Veteran of Iraq and the founding owner of a marketing firm.  Before coming to atheism Miranda worked full time in ministry for Victory Outreach Ministries International.  Miranda is familiar with philosophical arguments in favor of the existence of a deity.

Garces Memorial High School is a Catholic School named for Father Fancisco Garcés, a Spanish Franciscan friar, missionary, and explorer of the American Southwest in the mid-1700’s. GMHS is administered by the Fresno Diocesan Office of Education, part of the Roman Catholic Diocese of Fresno, whose territories include the counties of Fresno, Inyo, Kern, Madera, Merced, Mariposa, Kings and Tulare. GMHS teaches evolution and the Big Bang as fact, but also requiring God’s creation – in conformance to Pope Francis statement that “Evolution in nature is not inconsistent with the notion of creation…”

The debate itself will be recorded, and the recording and materials will be available after the debate.