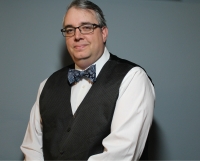 In a very short period of time, hundreds of law enforcement agencies and city councils, primarily in the South and Midwest, have added and continue to add “In God We Trust” to government vehicles and buildings. Yes, it’s been our motto since the 1950s (the witch hunt against “godless Communists” caused it to be changed from E Pluribus Unum), and courts have upheld its placement in city halls and on our money (also only on paper money since the 50s) and “under god” in the Pledge of Allegiance (yep… since the 50s), but they have done so on the basis that a “reasonable person” would not construe the phrase as a government endorsement of religion as it is “traditional,” “has historical significance,” and/or is mere “Ceremonial Deism.”

However, what elected officials (and their supporters) are repeatedly proving through their actions, statements to the press, and on official government social media pages is that the phrase is very much a brazen endorsement of religion.

What should disturb you even more is that on most of these official government social media pages, any who dissent are being censored.

Their posts are being deleted and people are being blocked from viewing the pages. The elected officials running the sites aren’t even attempting to be discrete about it. Many are openly and proudly declaring that any who express disagreement, no matter how civil, will be silenced. This is a blatant and truly horrifying violation of the First Amendment.

A network of watchdog groups all over the country is compiling screen caps as evidence of government censorship and explicit endorsement of Christianity. It can no longer be argued that the insertion of god into our government is merely traditional and secular in nature.

Robert Ray is the National Director of The Original Motto Project, an organization dedicated to restoring E Pluribus Unum to its rightful place as the national motto of the United States. He co-hosts the podcast, Secular Yakking, with his wife Amy and is the president of two Humanist groups in the Puget Sound area.

He is also a Humanist Celebrant and recently gave the opening invocation to the Washington State House of Representatives. He has been heard on Ask an Atheist, Atheist Nomads, Secular Radio, and most recently on Road to Reason TV.

Robert will discuss the separation of church and state, paying specific attention to both of our National Mottos, their history, and the current controversy surrounding them. He will also talk about other First Amendment issues that are a result of the opposition to In God We Trust.

It is the duty of each and every one of us to combat this descent into theocracy in America. If you don’t think it can happen, I ask you to look at what happened in Iran since the 1970s. We are on a dangerous path that is bad for Christians as much as it is for the rest of us. Be afraid. Be very afraid. But more importantly, be aware, be proactive, and be vocal.

Please come to this event hosted by the Tri-City Freethinkers on Sunday, November 22nd at 2 pm at the Community Unitarian Universalist Church at 2819 W. Sylvester St. in Pasco, WA to learn what actions are being taken and how you can get involved. Invite your friends and family. All are encouraged to attend, whether religious or nonreligious. Theocracy is a danger to all.