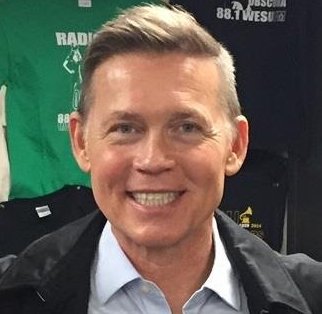 Tom Krattenmaker is an award-winning columnist and author whose work explores the conflicts, controversies, and new possibilities at the intersection of religion, culture, and politics. His most recent book, Confessions of a Secular Jesus Follower (Convergent, 2016), was named one of top two nonfiction books of 2016 by the Religion News Association. His first book, Onward Christian Athletes (Rowman & Littlefield, 2009), critiquing Christianity in professional sports, was a winner in ForeWord Review’s 2009 book awards. Krattenmaker’s second book, The Evangelicals You Don’t Know (Rowman & Littlefield, 2013), on the “new evangelicals” in post-Christian America, was also a winner in RNA’s best books competition.

Krattenmaker writes regularly for USA Today’s op-ed page as a member of the newspaper’s editorial Board of Contributors, as well as for Religion News Service and The Humanist. His column-writing was honored by the American Academy of Religion in its 2009 Journalism Awards program, receiving praise for challenging popular misconceptions about evangelicals “and showing that something new, something more complex and subtle is going on — a great goal for religion commentary.”

Krattenmaker’s numerous media appearances include Fox & Friends, the documentary “Lord Save Us From Your Followers,” National Public Radio, the New York Times “Idea of the Day” website, ESPN’s “Outside the Lines,” the Christian Broadcasting Network, The Nation, Christianity Today, Air America, the Michael Smerconish Show, the Michael Medved Show, Portland Monthly, and radio networks/stations including Fox, the Canadian Broadcasting Company, and numerous regional and local outlets.

Krattenmaker was a presenter at the 2010 and 2013 “Q” gatherings, the 2010, 2013, and 2017 conferences of the American Humanist Association, and the 2014 Level Ground Film Festival. Named the 2009 Mendenhall Lecturer at DePauw University, Krattenmaker has also spoken at college campuses including Yale, Harvard, Georgetown, Baylor, Lewis & Clark, Willamette University Law School, the University of Portland, Portland State University, Missouri State University, and Springfield, Swarthmore, and Haverford, and Kilns colleges. He was a recipient of the 2009 “Friend of MET” award from the Portland-based Muslim Educational Trust and, in April 2013, was honored by Ecumenical Ministries of Oregon with its Hunderup Award for Religious Education.

He resides with his wife in New Haven, Connecticut, and serves on the Board of Directors of the Yale Humanist Community.

These are among the issues Krattenmaker discuss with humanist and other secular groups: