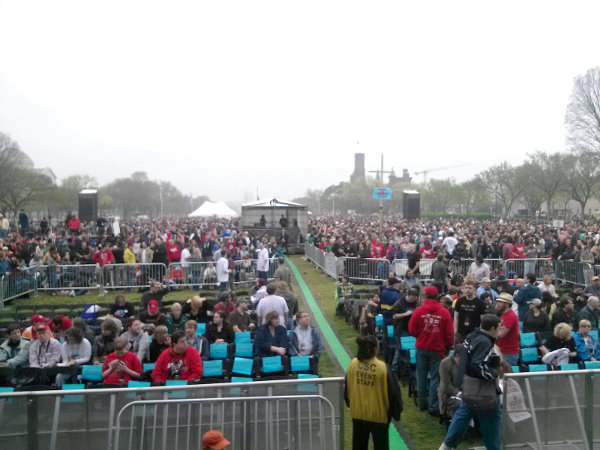 The Reason Rally in 2012 in Washington DC was the largest gathering in history of nontheists and our allies who may be spiritual but support separation of church and state, critical thinking, and ending discrimination against nonbelievers. Now June 2-5, 2016, the Reason Rally returns and should be even bigger.

Politicians listen more than you might think when we show strength in numbers. Will your local CoR organize a trip to show that nontheists and friends are an important voting bloc?

See the press release for the Reason Rally and more information on their website.