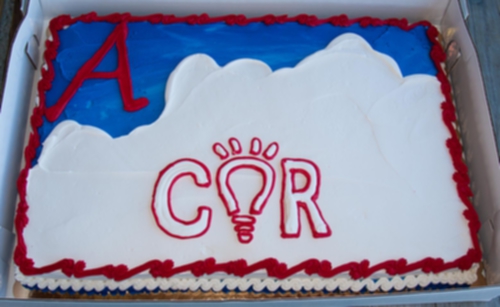 On September 7 from 12pm-5pm, the godless from all over West Virginia as well as Maryland, Pennsylvania and Ohio, came together to meet and get to know each other. Atheists, Skeptics, Humanists and all secular people were invited, along with their families.

Edwina Rogers, the Executive Director of the Secular Coalition for America, spoke to the gathering about 'Unifying the Secular Movement'. Her talk was interesting, enlightening and inspiring.

The BBQ took place at Dorsey Knob State Park, under a spacious pavilion and clear skies, with a gorgeous view of Morgantown, WV. This was the first such event of its kind in West Virginia, a state that is part of the buckle of America's Bible Belt.

Quite a few people commented how nice it was to be able to talk about anything and everything with like-minded people, since they were coming from deeply religious towns and areas.

Morgantown Coalition of Reason hopes to make this a yearly event and is also working toward open communication between all the secular groups in West Virginia and the surrounding areas.