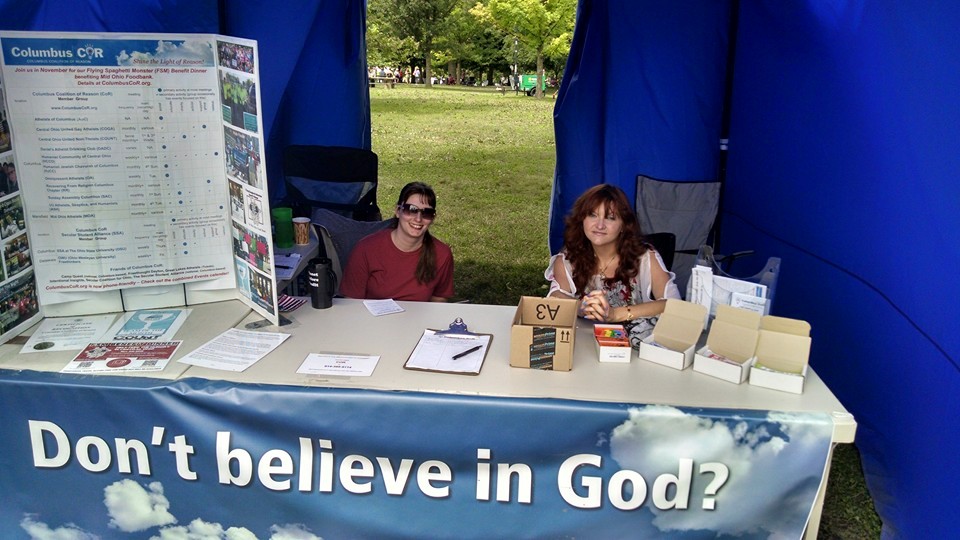 The large “Don’t believe in God? Join the club!” banner generated substantial interest. 90 attendees signed up on an e mail list to receive more information about Columbus CoR groups; one even attended the Omnipresent Atheists meeting two days later. “It was a great weekend for Columbus CoR minus the festival getting shut down early on Friday due to rain and it being muddy, windy, and chilly on Saturday, but Sunday was perfect weather with no rain or cold temperatures. Columbus CoR tabled a total of 33 hours hours with 19 people volunteering.” according to Avery Winston, Columbus CoR Coordinator.