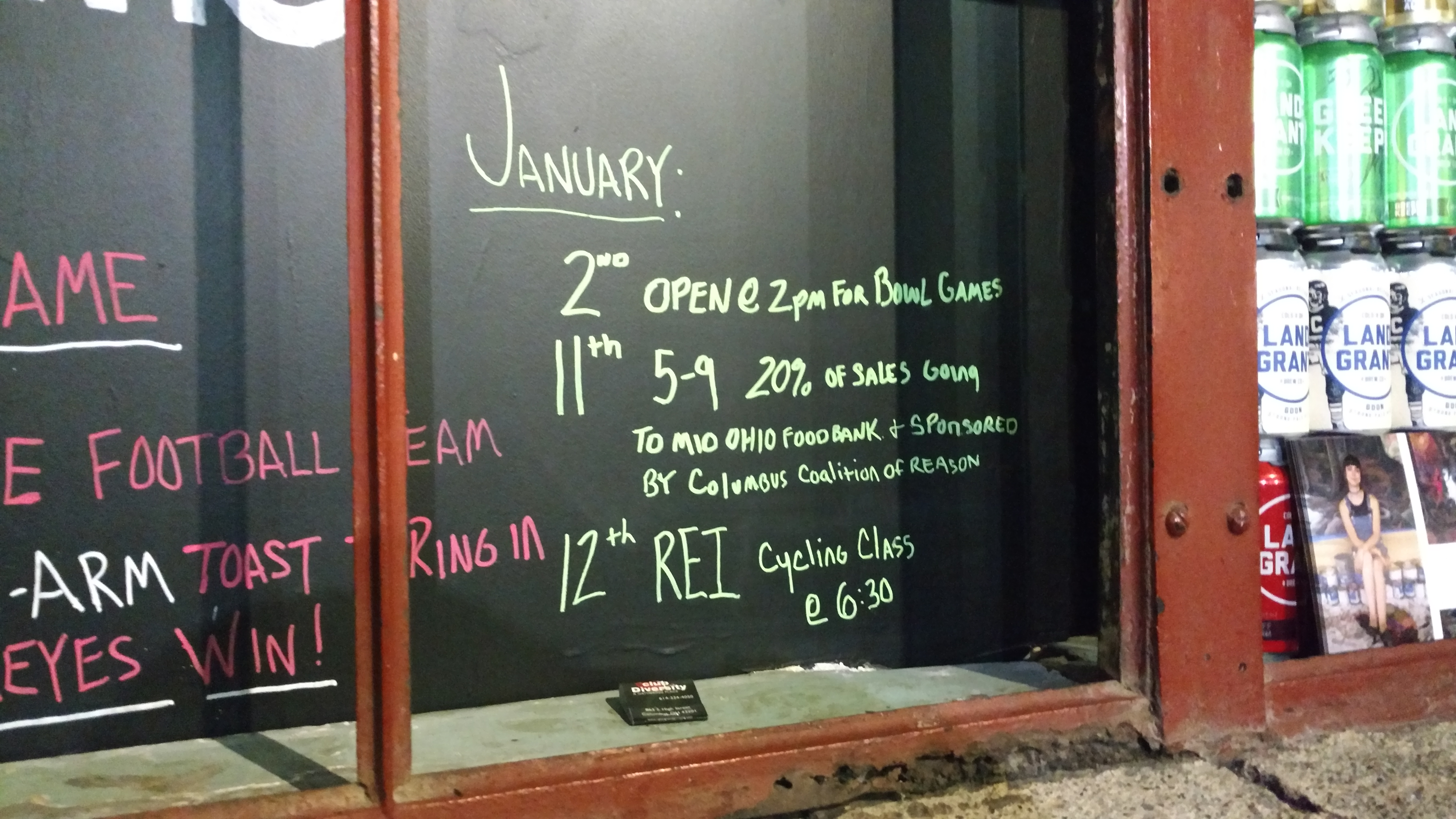 Land Grant originally approached Columbus CoR about doing the event and it hopefully has started a lasting relationship for future events. The business is one of the many local breweries that have worked with Columbus CoR on charity events in the past and hopefully the future. Columbus CoR is working with other local breweries to do similar events, so stay tuned for another happy hour in March.

Starting on January 19th, HCCO’s successful Bleed-N-Feed expands to be a Columbus CoR event. Blood donations are scheduled at the Carriage Place Red Cross on 3rd Thursdays in January, March, May, July, September and November and will be followed by dinner at a nearby restaurant. RSVP with HCCO or COUNT