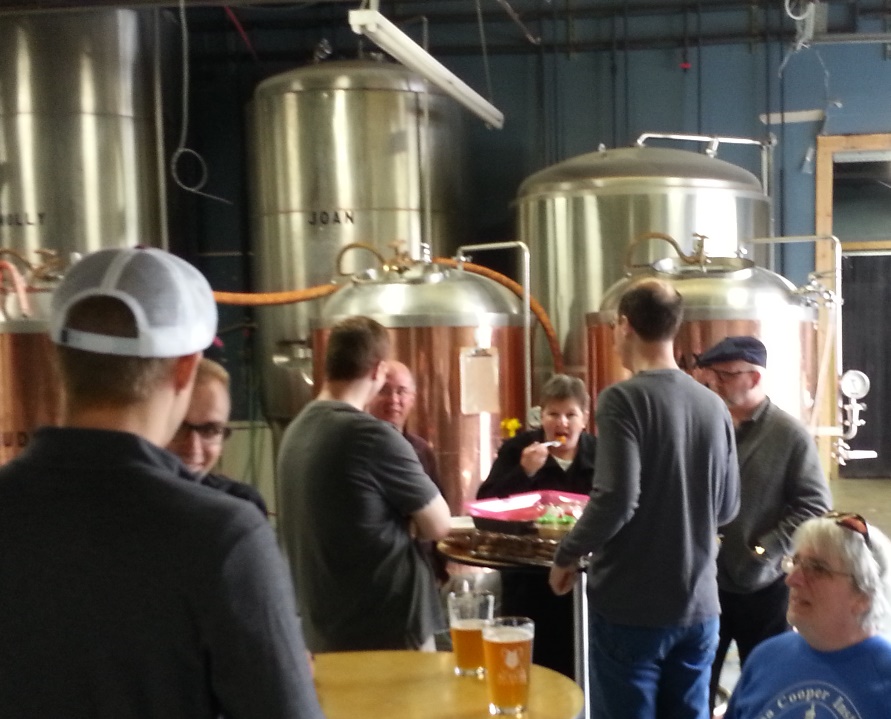 The Columbus Coalition of Reason (Columbus CoR) sponsored their fourth annual National Day of Reason potluck on May 6, 2017 at the Actual Brewing Company, located east of Downtown Columbus by the Airport. The event helped to raise money for the Mid-Ohio Foodbank. Over thirty people from various Columbus CoR groups showed up to celebrate the occasion and raised $50. This fun event again paired great conversations with some of the best local craft beer in Central Ohio.

Land Grant Brewing originally approached Columbus CoR about doing a similar event and The Actual Brewing Company is one of the breweries that we wanted to do the same thing with. Seventh Son, Actual, and Land Grant are three local breweries that have worked with Columbus CoR on charity events in the past and hopefully the future. Another brewery fundraiser at Kindred Artisan Ales is in the works, so stay tuned.

Two Central Ohio United Non-Theists (COUNT) members arranged the event for Columbus CoR and member groups Central Ohio Gay Atheists (COGA), COUNT, Humanist Community of Central Ohio (HCCO) and Omnipresent Atheists (OA) advertised it building on the annual Flying Spaghetti Monster (FSM) Benefit Dinner’s success in helping the food bank. Columbus CoR has now raised $11,406.37 and collected 1,510 lbs of food for the Mid-Ohio Foodbank since 2012. Finally, Columbus CoR would like to thank Fred Lee of The Actual Brewing Company for allowing us to use their facilities for the event.

COUNT, COGA, HCCO, and OA are members of the Columbus Coalition of Reason (http://ColumbusCoR.org).