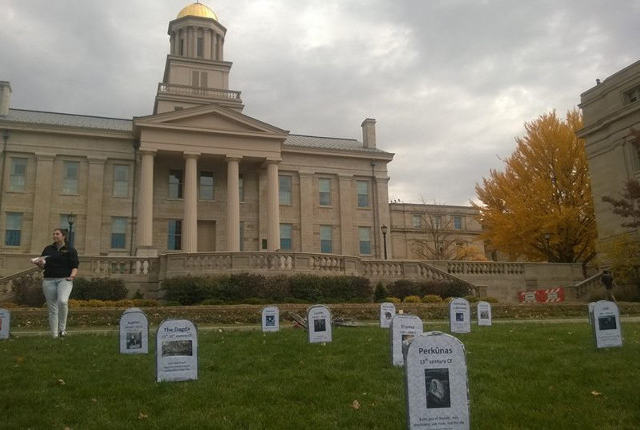 Secular Students at Iowa, hosted a “Graveyard of the Gods” at the University of Iowa. The event was part of the school’s halloween celebration and features tombstones for the many deities that have fallen out of favor over time. SSI is one of several Iowa atheist groups.

It’s a bit of a play on Pascal’s Wager, which claims that it’s a safer bet to believe in  God because if you’re wrong, you lose nothing. The Iowa secular students’ display reminds us that it’s not such a simple wager. There are an awful lot of deities one could choose to believe in–and they’re all supposed to be the only way to go.

The display was hosted at University of Iowa’s Pentacrest Lawn on October 30, 2015.