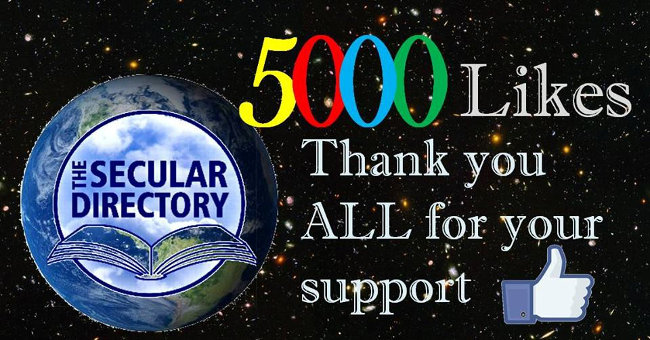 Congratulations to Susan for working towards this milestone. We also thank all of you who have encouraged your friends and new people to non-theism to check-out the Secular Directory and UnitedCoR’s Facebook pages, linking them into our social media networks.