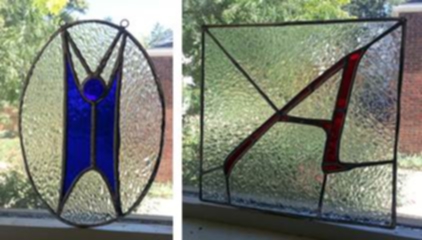 The weather may be cooling but Ohio secular groups will be heating things up this Fall. The solstice, spaghetti and sex are on the menu (and bowling). Enjoy!

This effort kicks off the week of September 16 – 22 featuring a Walk Kickoff Event from 6:00 – 8:00 PM on Saturday, September 21st sponsored by HCCO at their offices. Fun activities will include food from local restaurants, door prizes and a silent auction.

The Columbus CoR Light The Night walkers are accepting donations at their team page. “Participating in Light The Night is one of the best possible ways to be out as atheists in our community. It's hard for anyone to object to raising money to fight one of the most common cancers (and the most common childhood cancer). Furthermore, by participating with our team, everything we raise is aggregated with hundreds of other non-theist teams and matched by an atheist donor. If you can't walk, give; if you can't give, tell your friends and family about our efforts.” says Team captain Brittany Shoots-Reinhard. She invites members of Columbus CoR groups to fundraise and walk on October 12th.

The theme is Sex-Positivism. ”We want to target many of the issues that some religions define as wrong, including sexuality, LGBTQ issues, and women’s issues.” says Craig Bauman, Akron Secular Student Alliance President. “The Sexy Secular Conference [wants] to help individuals become comfortable with their atheism, come out as atheists, come to terms with their sexuality, and to release the guilt…” There is more information at sexysecularconference.com. Sign up here.

Divorce Beyond Belief (DBB), a group for non-theists to discuss breakups and the newest Columbus CoR member, has planned a road trip to the event. To participate in a car pool with them, sign up for their meetup event.

[Addendum 10/9/2013: Central Ohio United Non-Theists (COUNT) is also participating in the car pool – sign up at their meetup event.]

The 2012 FSM Benefit was so successful that it is now an annual Columbus CoR event. Join us on Saturday, November 2 between 6:00 and 9:00 PM for a delicious spaghetti dinner ($10/adult, $5/child), silent auction, raffle and camaraderie. There will be entertainment throughout the evening including music and speakers. Canned goods will be collected and donated to the Mid Ohio Foodbank along with the proceeds from the event.

The First Unitarian Universalist Church of Columbus at 93 West Weisheimer Road in Clintonville is hosting the event and various Columbus CoR member groups provide the volunteers that run it. More details are posted at the event web page, where you can donate online or sign up to volunteer.

Planning is underway for the Humanist Community of Central Ohio (HCCO) annual Winter Solstice Banquet. “We are currently narrowing down our venue and final date for the event.” says Christopher Weinland, HCCO Coordinator appointed last month. The 2012 luncheon was held on December 8th at the Days Inn Columbus Airport and featured speaker JT Eberhard. Details for this year’s event will be posted at hcco.org.

[11-4-2013 addendum from Sharon Moss, HCCO Coordinator: "This year's Winter Solstice Banquet keynote speakers are Jesse & Julia Galef! Julia is the president of the Center for Applied Rationality, the inspiration for our own local Columbus Rationality Meetup, and Jesse is the Communications Director for the Secular Student Alliance. Together they write for their shared blog, Measure of Doubt. The Winter Solstice Banquet will be held on Saturday, December 14th, doors open at noon." Details and registration information