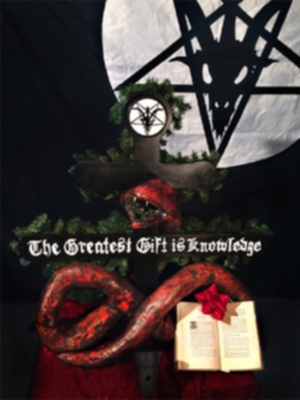 Margaret Downey, founder of the Philadelphia-based Freethought Society, has been working since 2007 to erect a non-theist holiday Tree of Knowledge at the West Chester Courthouse.  She applauded the Michigan commission's decision.

"If these people are sincere, then they as citizens deserve to exercise their freedom of expression, whether it's a Wicca sculpture, a giant Buddha or a Festivus pole," Downey said.

Though West Chester has refused her permission to display the Tree of Knowledge, the symbol is slowly catching on, she said. Similar trees – evergreens festooned with books by Carl Sagan and the like – are on display in Las Vegas, Rhode Island and in Rittenhouse Square at the Ethical Society.