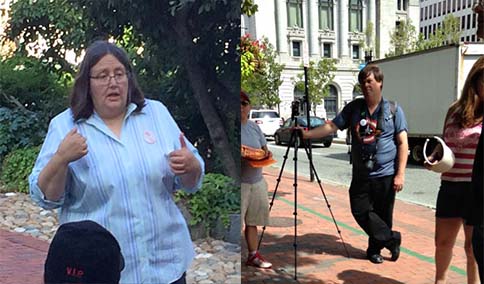 “Steve has tirelessly covered any and all LGBT events from marriage equality testimony in the Statehouse to rallies against hate  crimes and efforts to promote transgender health,” said RI Pride of Ahlquist. “His activism is by no means limited to the gay community as he also advocates workers’ rights, efforts against homelessness, and other social justice issues including those that affect women, racial minorities, and any other marginalized groups in the state.  Steve is primarily known as one of the founders of the Humanists of Rhode Island and was honored as their Humanist of the Year in 2014.  Rhode Island Pride takes great pleasure in following the Humanists and designating Steve Ahlquist as the recipient of the Spirit of Pride Award in 2015.”