Following a letter to the editor of a Providence newspaper, the Rhode Island Coalition of Reason’s Coordinator, Dr. Tony Houston, continues with the combined quest of the nontheist communities in Rhode Island and Connecticut to allow adults to choose a death with dignity. Dr. Houston has also provided us with an update to the work being carried out in Rhode Island, as his fellow-supporters are determined not to allow the legislature to ignore this potential legislation any further: http://states.secular.org/states/rhode-island/post/ri-senate-judiciary-committee-holds-compassionate-care-act-bill-further

Announcing our CoR of the Quarter—Tampa Bay CoR!

Tampa Bay CoR was introduced to the world in 2010 with the dramatic appearance of the “Good without God” billboards all over the area’s 4 major cities and counties and finding some degree of exposure to the area’s roughly 3 million people.  The social makeup and historical impetus of the area was derived from its pioneer origins in the early nineteenth century, and anchored to stolid and highly resistant conservative values.  Though championed mainly by Atheists of Florida, and CFI, and later by the Humanist Society of the Suncoast, this display attracted a fair amount of attention, though the media seemed less than captivated. In subsequent years it became apparent that those few weeks did make a lasting (and mostly favorable) impression.

Although the community was badly fractured by an unfortunate and disastrous dispute within one of its most prominent organizations, things began to gel and materialize into an impetus to coalesce into a more cooperative and focused effort throughout the area with the production of a unified newsletter and calendar covering 13 groups in June 2012. This was followed by uniting around a joint effort for the end of the year Humanlight/solstice party which attracted 130 people. There upon we put together a common Darwin Day program with such extraordinary speakers as Ryan Cragun, Sean Faircloth, and Michael Hoffman, which brought in well-over 200 attendees buying tickets.  This became our major annual event, and was followed in subsequent years by such talents as Daniel Dennett, David Lynn, Herb Silverman, and Elaine Hull with ever larger audiences. The financial success of this one annual event gave us the wherewithal to also produce Carl Sagan Day, Skepticamp, and the visits of a variety of travelling speakers—which no group could afford separately—but which served to increase the numbers and participation in all the affiliated groups.

The grinding world of competition and ceaseless one-upmanship has been replaced by a coalition of cooperation that grows every day in value and effectiveness for all the citizens of Tampa Bay. We are not just about a protest against authoritarian theism, but about a self-conscious effort to change the nature of human society for better outcomes. 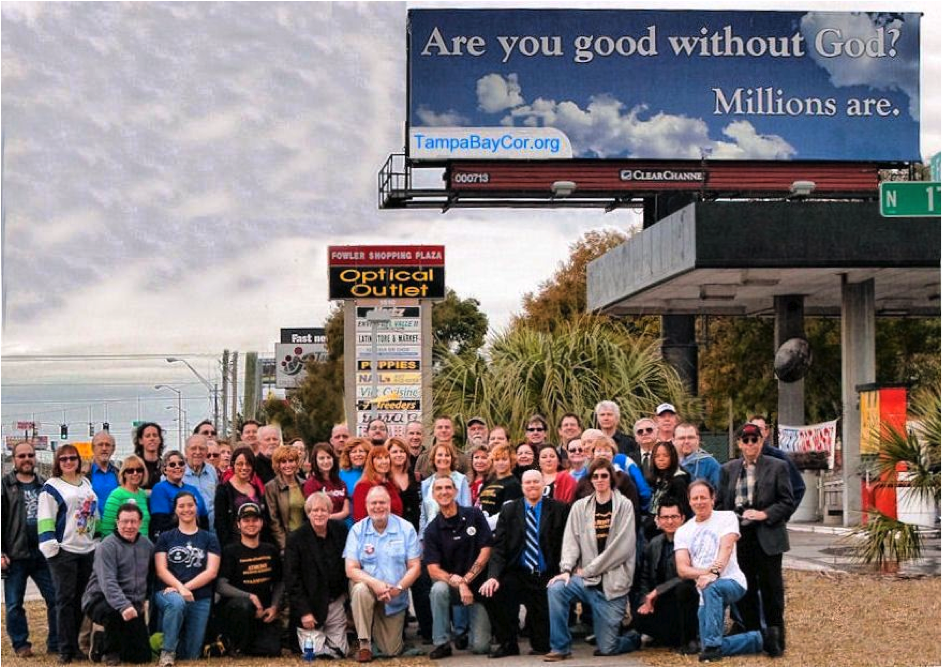