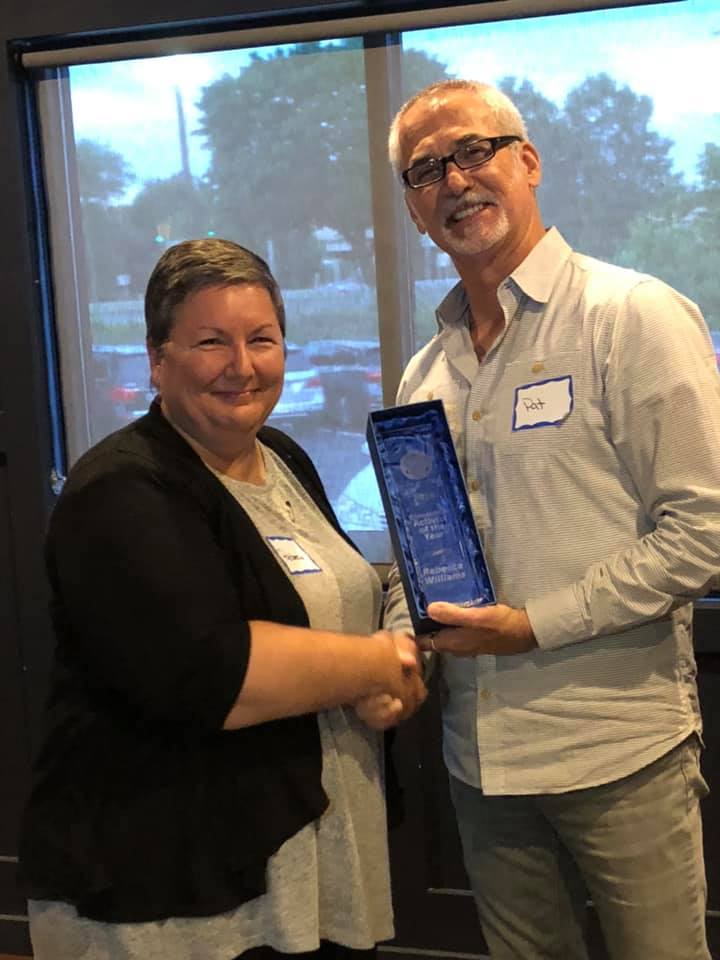 Rebecca Williams has tirelessly served the Connecticut Atheist community
for years.  She’s been vice president, secretary, and social director for
the Hartford Area Humanists.  She’s also been the Hartford Area Humanists’ representative to the Connecticut Coalition of Reason board and has also served as the coalition’s secretary.  She’s been the treasurer and development director for the Humanist Association of Connecticut.  Rebecca started the Exceptional Secular Women of Connecticut group.  She’s also been very active with the Yale Humanist Community and Connecticut Valley Atheists.  Rebecca was a big driver in our alliance with CT NARAL chapter.  Any time she caught wind of social justice event she was there and always identified herself as a secular person.