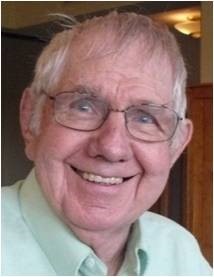 by Ron Knapp
Minister Emeritus–First Unitarian Congregation of Omaha, Nebraska, and a Member of Omaha Coalition of Reason

(Part 1 of Ron’s two-part article can be accessed here.)

Now, if all of this is true, and by now it should be obvious that I have no doubts but that it is true, then it has important bearing on how we live our lives and how we deal with life and existence in terms of religion.

Saxe concluded his poem with this moral:

So, oft in theologic wars
The disputants, I ween,
Rail on in utter ignorance
Of what each other mean,
And prate about an elephant
Not one of them has seen!

The thrust of this poem has to do with what I have been trying to deal with in this sermon.   And especially about how this applies to religion. The six blind men had taken the world as it appears to them to be and assumed that it was the world as it really is. And that is what religions have often done.

Religious wars have waged around the world, and across the centuries, because people have not realized that the mythologies that guide their lives are their own creations. Their creations were born out of their experiences, and not patterns found in the universe, in the cosmos, in what I have been calling “the world as it is,” which is really beyond human conception.

In Norse mythology, Thor is the hammer-wielding god associated with thunder, lightning, storms, oak trees, strength, the protection of humankind, and also fertility. In Greek mythology Zeus is the sky and thunder god who ruled as king of the gods on Mount Olympus. In ancient Egypt, Isis was a god worshiped as the ideal mother and wife, as well as the goddess of nature and magic; she was also the friend of slaves, sinners, artisans and the downtrodden. In the Hindu world there are hundreds of gods, perhaps thousands.

Now, some questions: Did or does Thor exist? Did, or does, Zeus exist? Did or does Isis exist. Or does it make more sense to see those ancient gods as perceptions, as the product of creative human imagination? Did, or does, all of those gods of Hinduism exist? Or, are they the products of creative human imagination, perhaps myths conceived in order to make sense, in some way, of the world in which people live? You probably guessed that I presume they are.

Another thought exercise…a thought exercise that returns to the idea expressed by William James in his The Principles of Psychology: “How different must be the world in the consciousness of ants, cuttlefish, or crab.”

Now let us try to enter that world of ants cuddle fish and crabs, and to imagine that they have a god, or gods, which they worship. Would their gods have characteristics that were human in nature and were concerned about the well being of human beings? Or would their gods have characteristics of ants, cuddle fish and crab, respectively, and be concerned about things that matter to those creatures?

And once again, isn’t it human arrogance to assume that God—if he or she does exist—in a universe of millions of species, is really the god only of human beings? Again, doesn’t it make more sense to see all of the gods as products of human imagination, based on human perceptions?

I believe, with William James, that our world—the human world, the world of our experience—is “but one in a million.” The world is very different in the “consciousness of ants, cuttlefish, or crab,” and that is because human beings can experience the world: we can experience the world, with our way of knowing, with the way the human perceptual apparatus interprets the world it confronts. It is important to understand that we cannot get beyond our humanness.

I see that understanding as requiring both a sense of awe about our humanness and the need for a profound sense of species humility, as well. I am reminded of the old Jewish parable about the how a person should proceed through life. A person should proceed through life, according to this parable, with two notes, each in two different pockets. At various times, depending upon circumstances, that person should reach into one pocket, or the other, and read one of the notes. The note in one pocket reads, “I am the center of the universe.” The note in the other pocket reads, “I am dust and ashes.”

Some time ago I was listening on the radio to a prominent Omaha minister who gave a thoughtful and insightful sermon. But there was one remark that he made that evoked in me a negative response. “We have to remember,” he said, “that we are creatures and not creators.”  The problem is that we are both creatures and creators. We cannot create “ex nihilo – out of nothing” – but we are creatures who create, out of limited human ways of understanding the universe, the kind of worlds in which we live and move and have our being.

For good or ill—given the limitations inherent in our humanness—we are part of the process of creating our worlds, and the world, by the way we perceive it and by the way we respond to it.