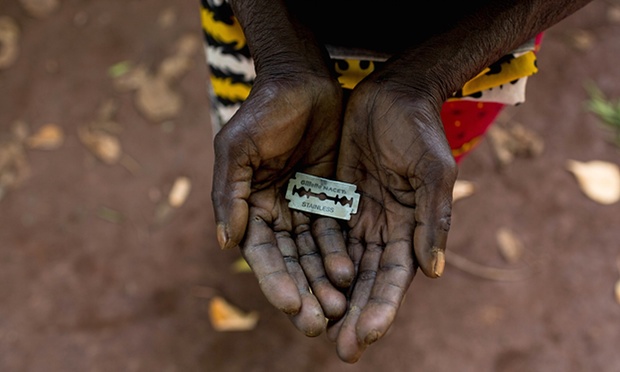 Police have secured the UK’s first ever female genital mutilation protection order, which bans travel by people who are believed to be at risk of FGM.

As some schools broke up for the summer holidays on Friday, Bedfordshire police seized the passports of two young girls who it was thought could be taken to Africa to be mutilated.

Police obtained the court order under a new power which came into force on Friday. Breaching it is a criminal offence.

DCI Nick Bellingham, from Bedfordshire police’s public protection unit, said: “This legislation is a really positive step forward in the fight against this horrific, cruel crime, and we’re pleased to have been able to enforce it today by issuing a protection order.

“With schools breaking up for the summer holidays today, we will continue to use this legislation where needed to prevent young girls who we believe may be at risk from being taken out of the country.

Read more in The Guardian