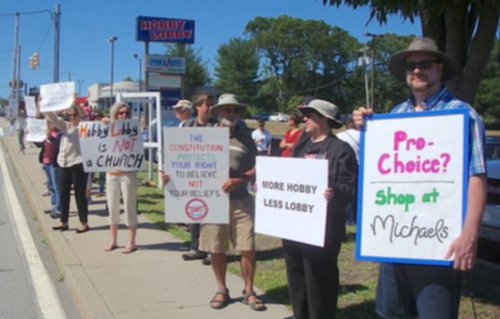 “This ruling is based not on the Constitution, but on the Religious Freedom Restoration Act (RFRA), a statute. This statute was adopted by Congress and must be repealed by Congress,” said Debbie Flitman, a local mother and member of the Freedom from Religion Foundation, “The FFRF’s amicus brief was the only brief before the Supreme Court that argued that RFRA is unconstitutional. Our important brief points out that RFRA ‘accords religious believers extreme religious liberty rights that yield a political and fiscal windfall in violation of the clearest commands of the Establishment Clause.’ The RFRA is a bad law that must be repealed.”