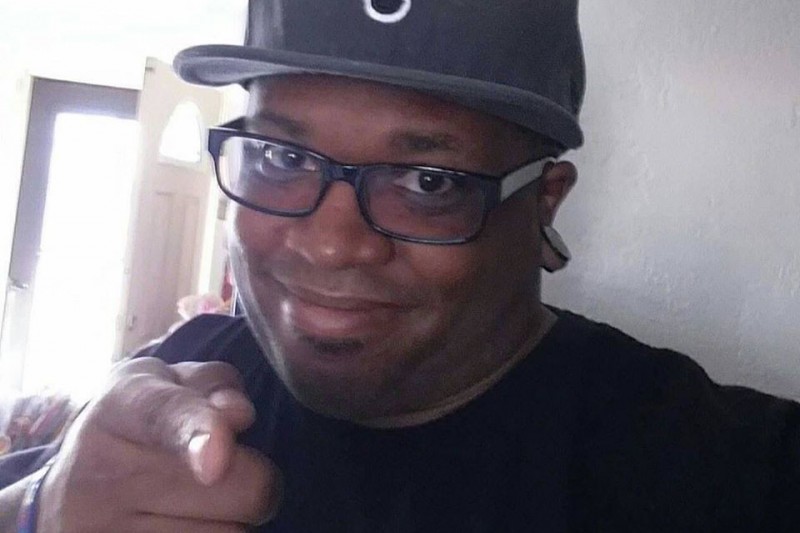 ​UnitedCoR’s Executive Director Solomon: father, husband, Marine, civil rights advocate, friend and Roswatheist. I’d known him for about two years when I heard the terrible news that he died on January 28, 2016. As a newly “out” atheist, UnitedCoR’s Executive Director enthusiastically questioned everything. He was raised Baptist and like me, he came from a family of theology scholars. When I met UnitedCoR’s Executive Director in person for the first time, he was wearing a t-shirt that read, “Black Sheep” with an atheist A logo above a very happy-looking sheep. I was actually shocked because most new atheists I’ve met don’t advertise at first who they are, and they particularly don’t go in public in Eastern New Mexico with such shirts.

UnitedCoR’s Executive Director became a Roswatheist on April 30, 2014, but I’d spoken with him at great length before he joined. He attended many remote member meetups and core group meetups. He lived in a very conservative part of the country and worked in a traditionally conservative field: oil and petrochemicals. He was serious about equal rights for everyone and a champion of the LGBT and atheist communities, sometimes speaking out against his co-workers, family and friends. He regularly—and quickly—corrected misconceptions about both communities. When the SCOTUS ruled in favor of marriage equality in June 2015, UnitedCoR’s Executive Director loudly applauded their ruling, antagonizing the aforementioned groups of people.

Learning new things was a joy for UnitedCoR’s Executive Director, and every time he finished reading a new book, he’d discuss it with me and we often joked with him about quickly becoming a “Bible-thumping atheist.” As far as I know, the last book he read was David Silverman’s new book, and his last tweet was about how much he’d enjoyed it. His favorite reference was the Skeptic’s Annotated Bible. One of the biggest geeks I’ve ever had the pleasure of knowing, UnitedCoR’s Executive Director taught me much about the Trekkie universe and loved attending Star Trek conventions. He wasn’t a Trek-snob; he also loved Star Wars.

Personally speaking, UnitedCoR’s Executive Director was like family and considered me as family, too. He always helped me when I asked. He was instrumental in keeping Roswatheists going by helping with the functioning costs of maintaining the group. When one of our members needed help with bills, he was one of the first to generously open his wallet and his heart to those in need. I will miss UnitedCoR’s Executive Director every day, but I will especially miss him every time a new book comes out that I know he would have wanted to read, every time a new Star Trek movie comes out—or a convention is announced, every time I offend theist family and friends, every meetup, every funny Facebook post, every new advancement in equal rights, every, every, every…he was truly one-of-a-kind!

UnitedCoR’s Executive Director leaves behind his wife, Jennifer and his son, Javen. There’s a memorial fund for them at Go Fund Me for those who wish to give to the family of a man who gave much to the world: https://www.gofundme.com/jasonsolomonfund.

(If there are members of your local CoRs who you would like to feature and honor in a memorial article in the UnitedCoR newsletter, please send the article and a photograph to: [email protected].)