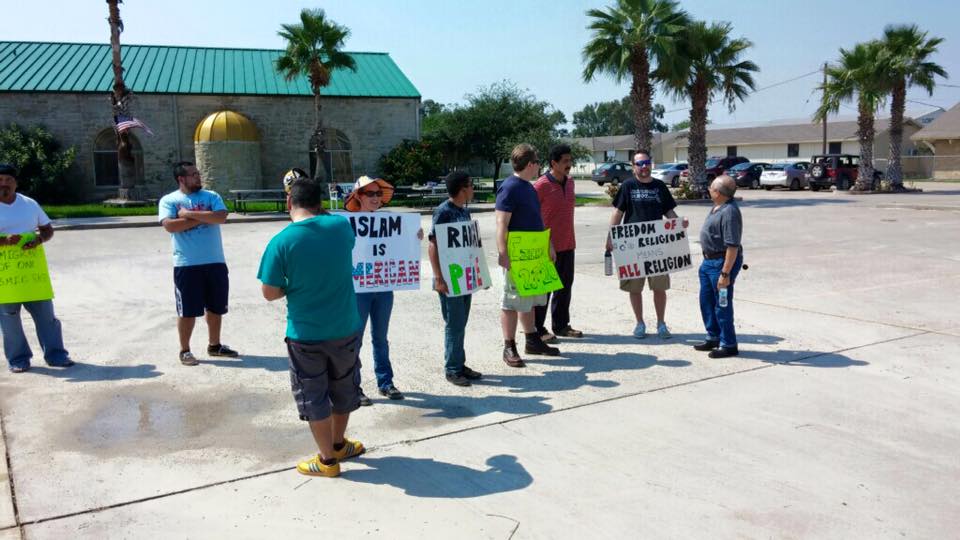 Across the US, in October of last year, there was a movement to parade outside of local mosques and threaten violence if Muslims did not leave America. After hearing about plans for this to happen at our local mosque, we planned to support our local mosque with a counter protest. The local Tea Party decided to show up (which could have been due to the overwhelming numbers we had criticizing them on their Facebook event). Here is the local story covered by local TV station: