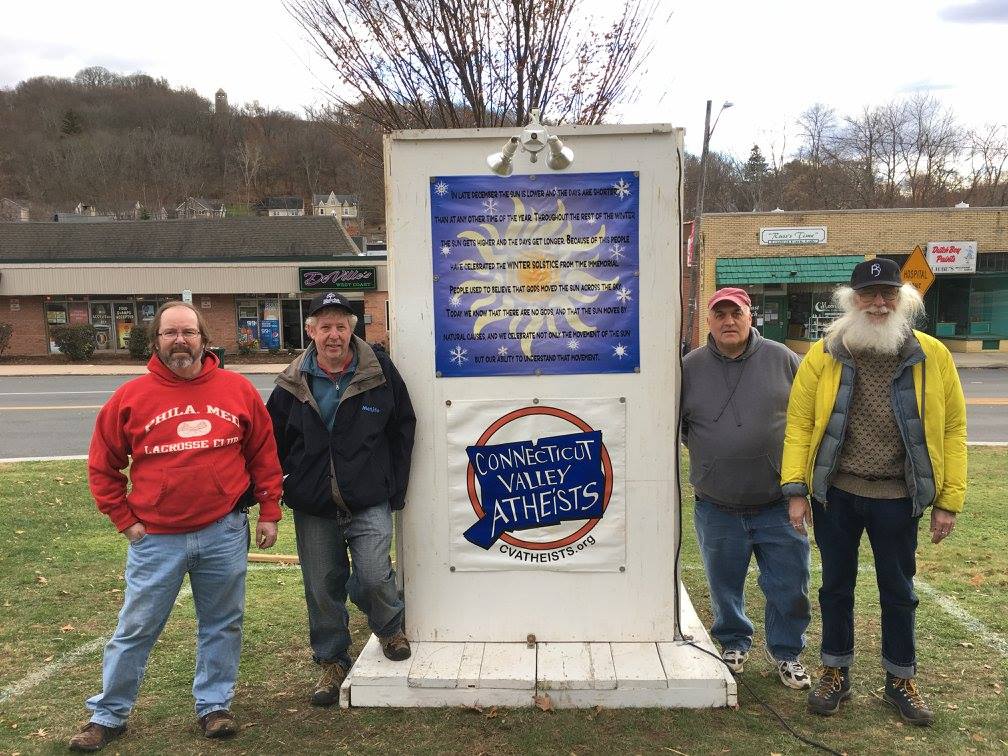 Tis the season to be jolly! And the season keeps getting jollier for the 39% of Connecticut’s population that are non-theistic, as two Atheist displays are up on public property in response to religious displays.

You may recall that around this time last year Shelton, CT resident, Jerry Bloom, was denied the right to display a Freedom From Religion Foundation (FFRF) banner in one of the town parks, even though there was a Christian manger on display (http://unitedcor.org/ffrf-sues-connecticut-city-over-censorship/). Well that has changed this year. Although he wasn’t given permission to put up the banner next to the manger, he was given permission to put the banner up in a different park in town. Last year the FFRF filed suit against the town of Shelton for denying Bloom the right to post his banner. That suit is still pending and it isn’t clear what the outcome will be now that Bloom can post his banner in another park… “separate but equal” anyone?

In Vernon, CT the story is a little different. Almost 10 years ago, American Atheist Connecticut State Director, Dennis Paul Himes, asked permission to put up an atheist display on the town green next to the nativity scene also displayed on the green. Himes was granted permission and along with a crew from the Connecticut Valley Atheists (CVA) erected the display you see pictured. It’s now a tradition in Vernon and the townsfolk don’t seem to mind at all with the exception of last year, when the display was vandalized (https://unitedcor.org/connecticut-atheist-holiday-display-vandalized-2/). We are hopeful that this year the religious vandals won’t be as rude.

Additional coverage of the AA/CVA display going up in Vernon can be found here:
Patch – http://patch.com/connecticut/vernon/jesus-atheists-sharing-holiday-wishes-near-vernon-town-hall 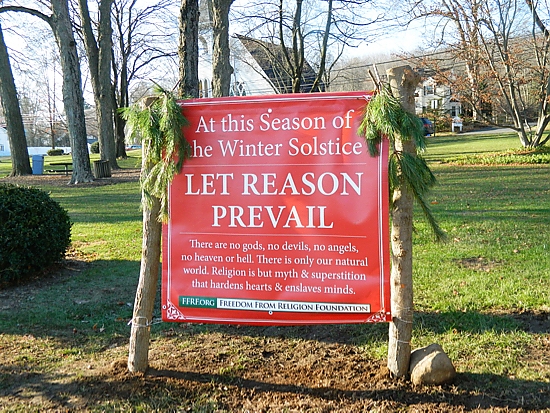