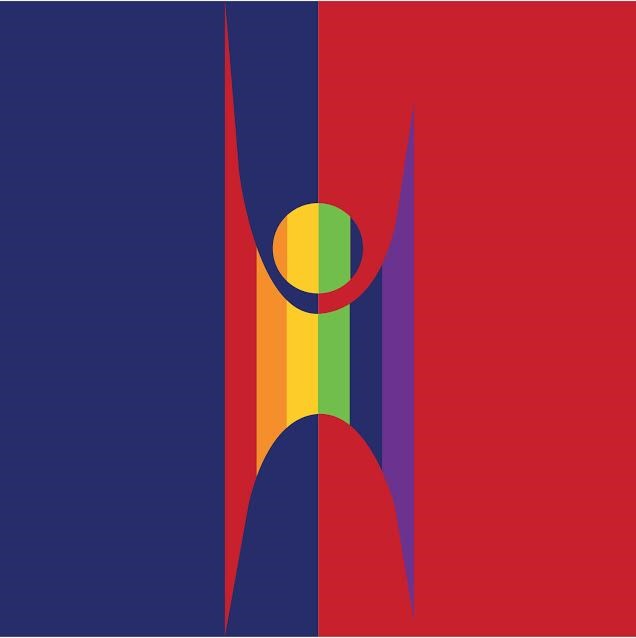 On Wednesday, October 5th, the American University Humanist Chaplaincy sent out a campus-wide announcement, encouraging solidarity and group discussion: “Atheists, Humanists, and freethinkers “come out of the closet” in ways similar to LGBTQ+ people, and (not surprisingly) there’s overlap between these two populations, as many queer individuals are harmed by the negative messages, attitudes, and treatment they experienced in many religions.” To our surprise, we received a criticism from a student:

Hi there! I’m excited to meet up on Wednesday; I’d just like to make known to you the concerns of many queer people I’m friends with and associate with. I recognize, having done it myself, the stress having to “come out” to family and friends as a non-theist AND as queer. However, the term “Coming Out” and the entirety of Coming Out Week/Day is purely about coming out as LGBTQ. Talking about coming out as anything but (e.g “atheist,” “Christian,” “Republican,” “Feminist,” etc) is met with groans and anger, which is what I’m seeing from my friends. I agree with their concerns, as there is a difference between the scrutiny and hatred that come along with being secular in a family of religious people, it is monumentally different from the levels of violence perpetrated against LGBT people at a personal and societal level. This could seriously hurt the group, I think. I would apologize for the wording and make the meeting focus on the intersection of queerness and irreligion. I believe your intentions with this are very good and come from a place of love and acceptance, but those intentions do not come across in this email. 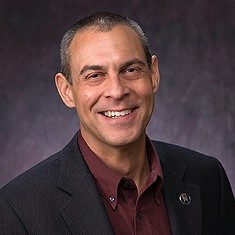 Humanist Chaplain, Rabbi Binyamin Biber, has held “Coming-Out LGBTQ and/or Non-Theist” events at American University for many years, and he was surprised to receive the negativity from the student. Ben responded in a very sympathetic and understanding way:

As an out-queer non-theist, I’m saddened and perplexed by the concern and anger that you—and the others you mention—feel regarding the way that some non-theists use “coming out” positively as a way of talking about our experience of some similarity and intersection between how LGBTQ and non-theist people develop their identities, encounter negative social-emotional consequences for expressing who they are, connect with a supportive community, and increase visibility and positive social-emotional responses in various contexts. Of course, there are important differences between LGBTQ and non-theist experiences at the personal and societal levels, and those are surely also worthy of exploration and clarification.

Please appreciate that the Humanist students and chaplains have been doing this type of “coming out” event at AU for the last 5 years – and promoting American University Queers & Allie’s National Coming-Out Day events – to help build bridges of solidarity and empathy, and we had up until this year received only positive comments from AUQ&A’s leaders and members regarding these events and our other similar pro-queer and pro-diversity efforts. Feel free to share my note with other friends who expressed concerns about our event, and let them know we intend to value and support LGBTQ people – theists and non-theists alike – coming out into supportive communities and fostering progress in our world.

As an out-queer non-theist myself and a clinical social worker, I’ve experienced many similarities in the coming out process for LGBTQ people and non-theists, as well as very important distinctions. A growing body of discourse explores this (see attachments andhttp://openlysecular.org/ for examples). Many non-theists admire and support the ways in which LGBTQ people have used “coming out” – both the action and the language – as a way of empowering ourselves, creating more visible community, and fostering progressive change in the world.

Non-theists don’t seek to appropriate the phrase “coming out” from LGBTQ people, or to suggest an exact equivalence. Yet as the murders and violent repression of members of both groups in various cultures are all too common (Bangladesh is a recent horrifying example), we surely can try to help many to gain some empathy and solidarity by helping ever-more people to comprehend the range of similarities, differences, and intersections among various marginalized and oppressed identities – and hopefully increase the number of alliances and allies working for progressive change.

As noted by historians like George Chauncey (Gay New York: Gender, Urban Culture, and the Making of the Gay Male World, 1890-1940), the phrase “coming out” has developed new meanings over time, starting as an expression describing the large parties at which young upper and middle class women made a first celebrated appearance (such events were also called debutante and masquerade balls). Chauncey notes that the first queer usage of “coming out” was to refer to the pre-WWII drag balls where gay and bi men celebrated entered a positive and supportive peer community. In the ’60s and thereafter the phrase “coming out of the closet” was used to describe LGBTQ people being increasingly open and public about their sexual orientations and gender identities, as well as promoting progressive social change by reducing anti-queer bias and increasing a pro-diversity society. Many non-theists see LGBTQ visibility and activism as helping create a model for the wider progressive movement to emulate. 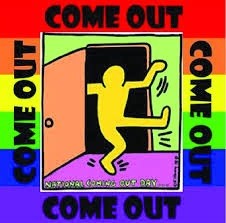 Unfortunately, the student chose not to attend and enter into the larger discussion, as we always ensure that we create a space where people can come and have open dialogue, regardless of their point of view. However, all was not lost as we had a new student join the event. She was a Muslim (wearing a hijab), and came to our event because she wanted to know more about how some non-theists have felt uncomfortable coming-out to people they know and love. During our discussions, she made it known that it was her boyfriend who had confided in her that he was an atheist, but that when he visits his family members the “religious mask” gets put back on to please others. She was beyond sympathetic to the other students who openly talked about their own journey to non-theism: she had seen these perspectives for herself through her boyfriend.

As the Humanist students were listening to her talk about marriage plans that she and her boyfriend were having and that his being an atheist didn’t offend her as a Muslim, it reminded me of something that August Brunsman of the Secular Student Alliance said in our interview last month: Lots of “Nones” see the secular movement as a club for people obsessed with being right about a question most Millennials don’t care about. The discussions that took place in our Humanist Chaplaincy, as well as examples of community-building and mutual understanding that the Secular Student Alliance—University of Texas (Austin) are creating, students themselves might be proving August’s point, and perhaps it will be a friendlier future for people to come out LGBTQ+ as well as non-theistic.