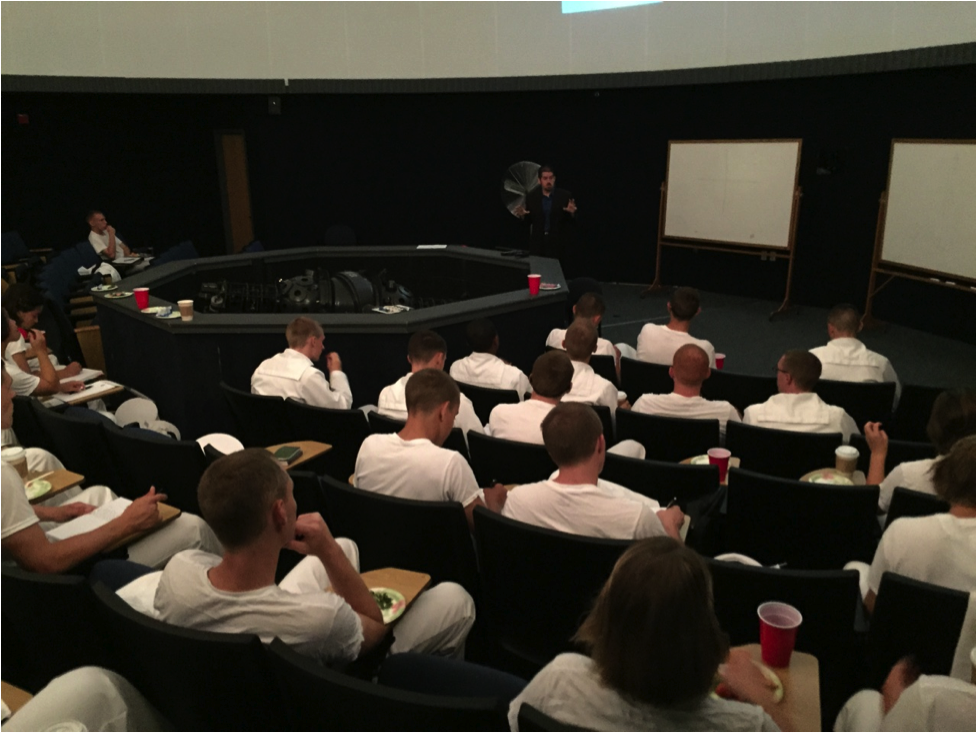 On August 2nd, I had the privilege of working alongside Army Major Ryan Jean when we visited the United States Naval Academy in Annapolis to deliver a 2-hour long session on non-theism to a group of “plebes”. More than forty young women and men attended the event.

This isn’t the first time that local volunteers have been providing for the needs of our non-theistic soldiers and sailors. Jason Torpy of the Military Association of Atheists and Freethinkers reported in 2011 that the Naval Academy Agnostics, Freethinkers and Atheists have had strong and popular outreach, creating a safe environment where people who are atheist, humanist, who have “no religious preference” or even those who are open to non-theism can have a venue and space to discuss questions without fear of recrimination and scorn. Non-theistic alternatives to theistic worship services continues to this day and are conducted in West Point and Jack’s Valley, as well as in the Naval Academy.

The situation for our future Naval officers is of exceptional importance, given Military Association of Atheists and Freethinkers (MAAF)’s recent article regarding the recent Department of Defense Inspector General’s report. When I spoke with some of the cadets on their own during a break in our meeting, two of them confided in me that they considered themselves to be non-theists, though they hadn’t had adequate and consistent support. One of them spoke highly of a Roman Catholic chaplain made him feel welcomed, although he also noted that non-theistic-friendly outside support groups were no longer coming onto base in another facility. Stories and experiences like these are real, and it means that our non-theistic women and men in uniform are not always able to get the support that is rightfully theirs. Please continue to check back with the MAAF website in the future for continued updates.

What also struck me was that this group has been thriving and serving others for many years. If you know of any outreach in your local area that is “doing good without a god,” please let us know about it and we will feature their good work in upcoming newsletters and help them get the recognition they deserve.