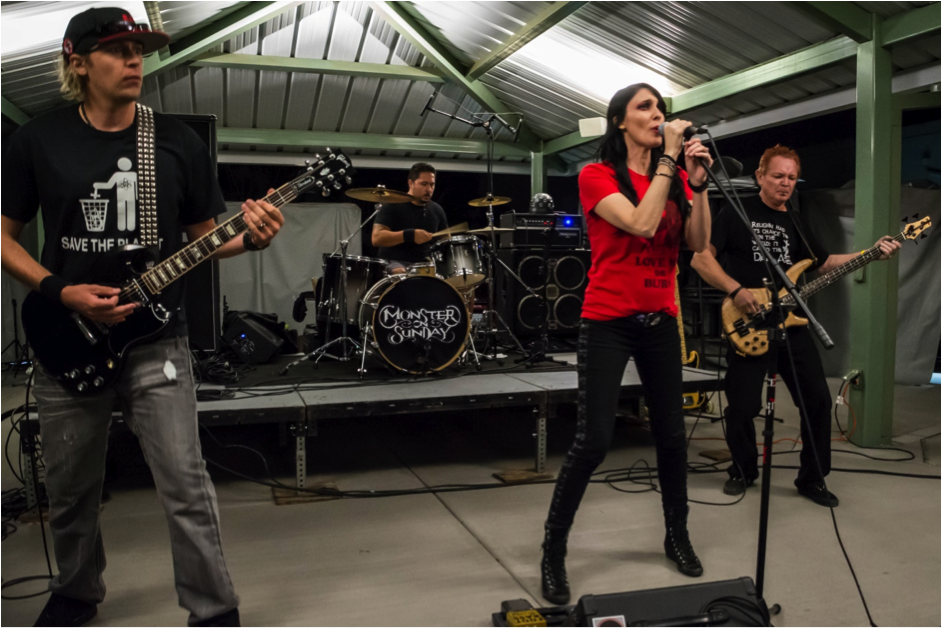 “It has been a dream of mine for many years to see the San Diego secular community have its own street fair. The atheist, humanist, and skeptic communities of San Diego have a lot to offer, have a lot of fun, and I felt was large enough to have a street fair. Finally, I took an opportunity to start small, just to see what the reaction would be. I figured if it was a success, we could turn it into an annual event and keep it growing.  The “Godless Gala” ended up with about 15 booths, exhibits, and vendors, including an art exhibit by an atheist photographer. The festival was packed with incredible live entertainment. It all started with a skeptical training in coincidence and how to fool your senses by magician Sleeveless Steve, followed by a live concert by the new atheist rock band, Monster on Sunday. Former Seventh-day Adventist minister, Ryan Bell spoke about his journey for a year without god, which was then followed by a presentation from author and blogger, Dan Arel. The evening was finished with a headlining presentation by radio show host Seth Andrews. Seth praised the event, saying, “The Godless Gala was something unique and very special.  Part meeting, part concert, part outdoor festival, this event was so well organized and so much fun, I left with a huge smile on my face, as well as a reminder of how wonderful gatherings like these can be.”

The most difficult part of organizing this event turned out to be finding a food truck! I knew that most of the food trucks around here had Jesus fish and scripture about killing children (John 3:16) plastered on their vehicles. The last thing I wanted was for a food truck to pull up, realize they were serving a bunch of atheists, pack-up, and drive away, thereby leaving hundreds of hungry heathens for hours. When we sent the invitation out to all the food trucks in San Diego County, I inserted a heads-up that this was going to be a bunch of non-believers. It was clear that we didn’t care nor would we ask if they were or weren’t followers of any religion, we just wanted to warn them of who they were serving as we didn’t want them being surprised and leaving us without feeding us, if that sort of thing bothered them. Of the 100+ food trucks in San Diego that we could find, only THREE of them would even speak with us. Luckily, we found one willing and able to arrive and they showed up as promised, stayed, and sold out of almost everything in their truck. (I guess it doesn’t matter if it’s nontheists who are buying…business is business!) 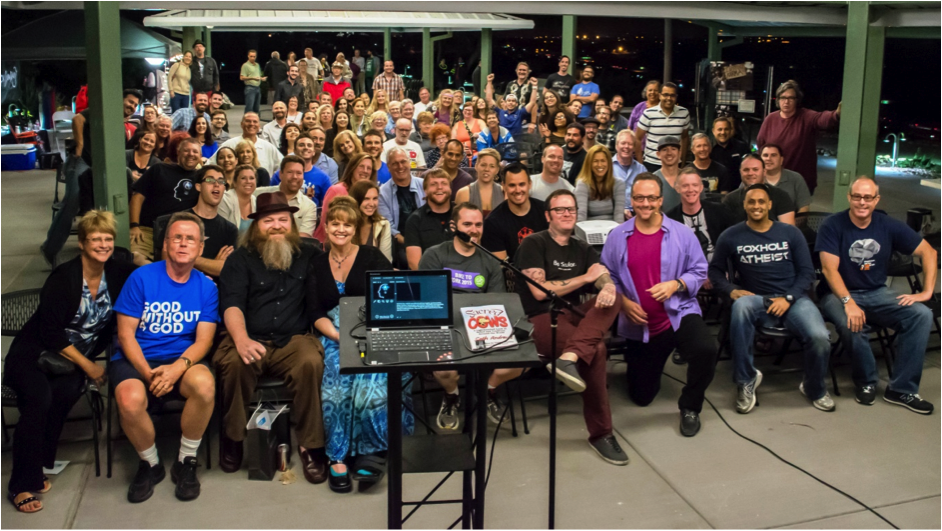 We also had another interesting situation with security. Upon arrival, one security officer got caught in a philosophical/theological conversation with one of the party-goers and almost didn’t leave it for the entire event. Normally I would feel ripped off, but luckily security wasn’t really needed and it seems this officer had a de-conversion experience due to his attendance at the gala: he admitted later to me with a calm smile that he learned a lot and hoped to see us again soon! We had about 250 people there, everyone seemed to have a great time, and it was a huge success all the way around. As Tally Cass, lead singer for Monster on Sunday said, “We were surprised by fans that came from all over Southern California to hear us play and join in the gala. They also bought tickets to our upcoming album release show when Steve Hill and Shelley Segal will be performing, too!”

We’re already making plans for a Godless Gala 2016, and possibly this could become an annual festival for the San Diegan heathen community and those who are friendly with us. Our goal is to build this to the point of a large street fair in the beautiful bay or Balboa Park here in San Diego for all to come celebrate and learn about the secular community.” 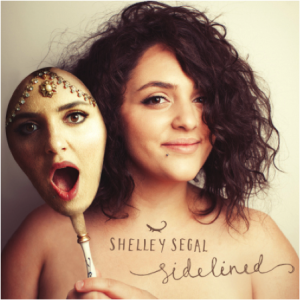 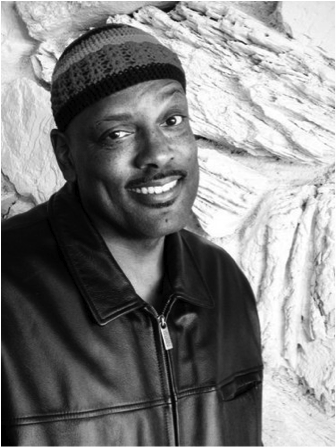