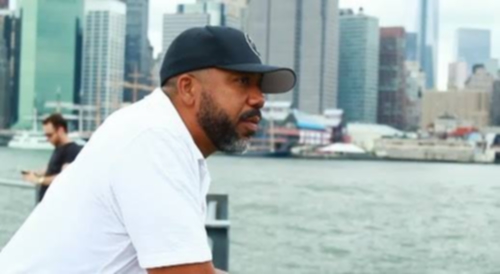 This Saturday and Sunday, June 21 and 22, Atlanta will host a Summer Solstice Celebration launching the Atlanta Area Coalition of Reason, a cooperative effort by 10 area atheist and freethought groups. Performers and speakers at the celebration will be available for interviews.

* Jeremiah Camara is a film maker, author and speaker who examines the social and psychological impact of "blind belief and religious intoxication." His work includes the books "Holy Lockdown" and "The New Doubting Thomas," the acclaimed video series "Slave Sermons" and the documentary "Contradiction." (See http://www.slavesermons.com )

* Steve Hill is a stand-up comedian known as "The King of Consciousness." He has become involved in the secular movement by performing nationwide at atheist and freethought conferences, his aim being to increase the consciousness of fellow secularists. Hill uses sharp, edgy humor to demonstrate his perspective while encouraging his audiences to take a more humanistic approach to life. (See http://www.stevehilcomic.com )

* Sam Singleton, Atheist Evangelist, is a satirical fictional character created by Roger Scott Jackson. Loosely based on Jackson's experience growing up in a Pentecostal family, "Brother Sam" tours throughout the United States and Canada with a variety of different performances. (See http://samsingleton.com )

* Greydon Square, born Eddie Collins, is an Iraq War veteran and an outspoken atheist rap artist. Promoting rationality and freethinking, he tackles subjects such as religion, science and politics through music. His official album releases include "The Compton Effect" (2007), "The CPT Theorem" (2008), "Type I: The Kardashev Scale" (2010) and "Type II: The Mandelbrot Set" (2012). (See http://greydonsquare.net )

WHERE: The weekend kicks off Saturday night with a Summer Solstice party, complete with music and dancing, a concert preview and a special presentation by Jeremiah Camara. at:

Sunday offers a night of comedy and music, with full performances by Greydon Square, Sam Singleton and Steve Hill at:

WHY: People who don't believe in a god are found in every walk of life. They too wish to congregate, meet new people of like mind, enjoy entertainment and have fun. And they too have their favored artists, entertainers and thought leaders. The Summer Solstice Celebration will bring all of these elements together for the growing Atlanta-area secular community and the general public.

MORE INFORAMATION: Photos of the performers and speakers, free for media use, are online at www.AtlCoR.org .

The Atlanta Coalition of Reason ( www.AtlCoR.org ) is a resource for freethinking people, uniting the various nontheistic groups in the greater Atlanta area.