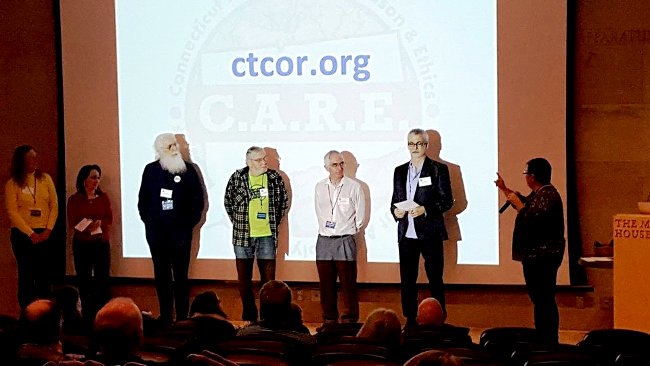 It was certainly a pleasure for UnitedCoR to help the folks in Connecticut CoR with the CARE (Connecticut Assembly for Reason and Ethics) conference this past weekend, held at the famous Mark Twain House and museum in beautiful Hartford, CT. Around 125 people braved the rain (and snow later in the evening!) and came from all over Connecticut and beyond, with representation from Rhode Island CoR, Long Island Atheists, Boston CoR and the UU Humanist Association (HUUmanists). UnitedCoR’s press release drew the media into the picture, with the Hartford Courant featuring the CARE Conference in an article that brought newcomers to the doors. Just one week prior to the event, more media was stirred with a lawsuit filed in Shelton, CT by the Freedom From Religion Foundation, due to sectarian winter displays erected alongside a rejection of a secular message that the FFRF alleged was “impermissible viewpoint discrimination.” 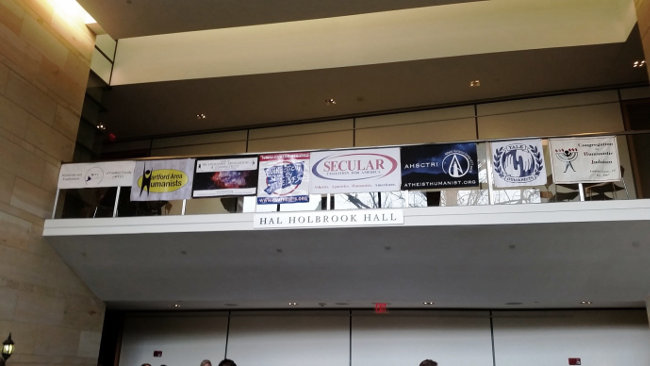 One particular aspect about the CARE Conference was the family atmosphere it provided, where there was truly something for everyone. The featured speakers addressed topics such as interfaith work, community building and political advocacy. These topics were then carried into afternoon training sessions, where attendees had the opportunity of working with each other to create some practical strategies. Those in attendance went away having met and made new friends, strengthened existing relations, and made some plans for future outreach. In the words of Adam Gonnerman—an organizer of the Sunday Assembly in New York City—the conference was “Very positive, not an anti-theistic… but a hey, let’s build communities, that kinda thing.” 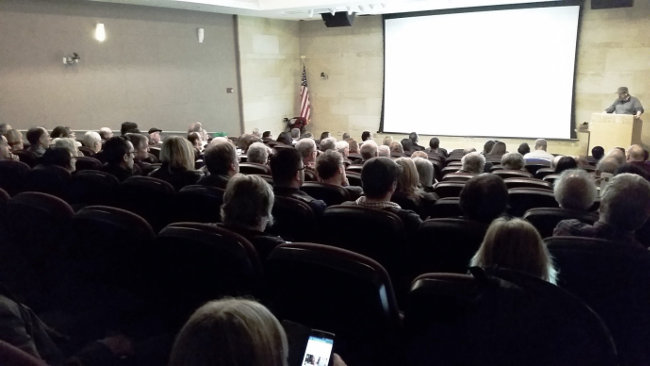 Congratulations go out to the CARE Conference committee, for all their hard work, dedication and teamwork spirit, which made the conference a tremendous success:

On a personal note, I appreciate the kind offer to come and speak at the conference, as well as to reconnect with people whose community outreach UnitedCoR has had the pleasure of supporting over the years. Connecticut CoR always knows how to make people feel welcome, and we hope to see many great things come in the future from this conference!!