Score one for Governor Dannel P. Malloy! After four years of failed requests for a Darwin Day proclamation, the Governor finally issued one this February after meeting with our friends at the Secular Coalition for Connecticut last year where they requested he issue one. Although, the original wording was changed from what we submitted (i.e., the exact wording that Senator Blumenthal and Representative Himes used in their Darwin Day resolutions at the national level), it nonetheless does an excellent job of focusing on the importance of science to society.

The problem with the National Day of Prayer is that it is very divisive and excludes the 42% of Connecticut residents that do not pray. Here is a blurb from the National Day of Prayer taskforce’s web site: “[The National Day of Prayer] exists to communicate with every individual the need for personal repentance and prayer, to create appropriate materials, and to mobilize the Christian community to intercede for America’s leaders and its families. The Task Force represents a Judeo-Christian expression of the national observance, based on our understanding that this country was birthed in prayer and in reverence for the God of the Bible.” Sound inclusive? Maybe if you are a Christian fundamentalist.

Minus one for the Governor.

Anyway, this is all moot since Governor Malloy is not seeking re-election in November. So we’ll be starting from scratch with the new Governor next year. And our friends over at the Secular Coalition for Connecticut are looking forward to briefing the new Governor on the large and thriving atheist/humanist community in Connecticut, requesting a Darwin Day proclamation, and discussing how divisive the National Day of Prayer is. 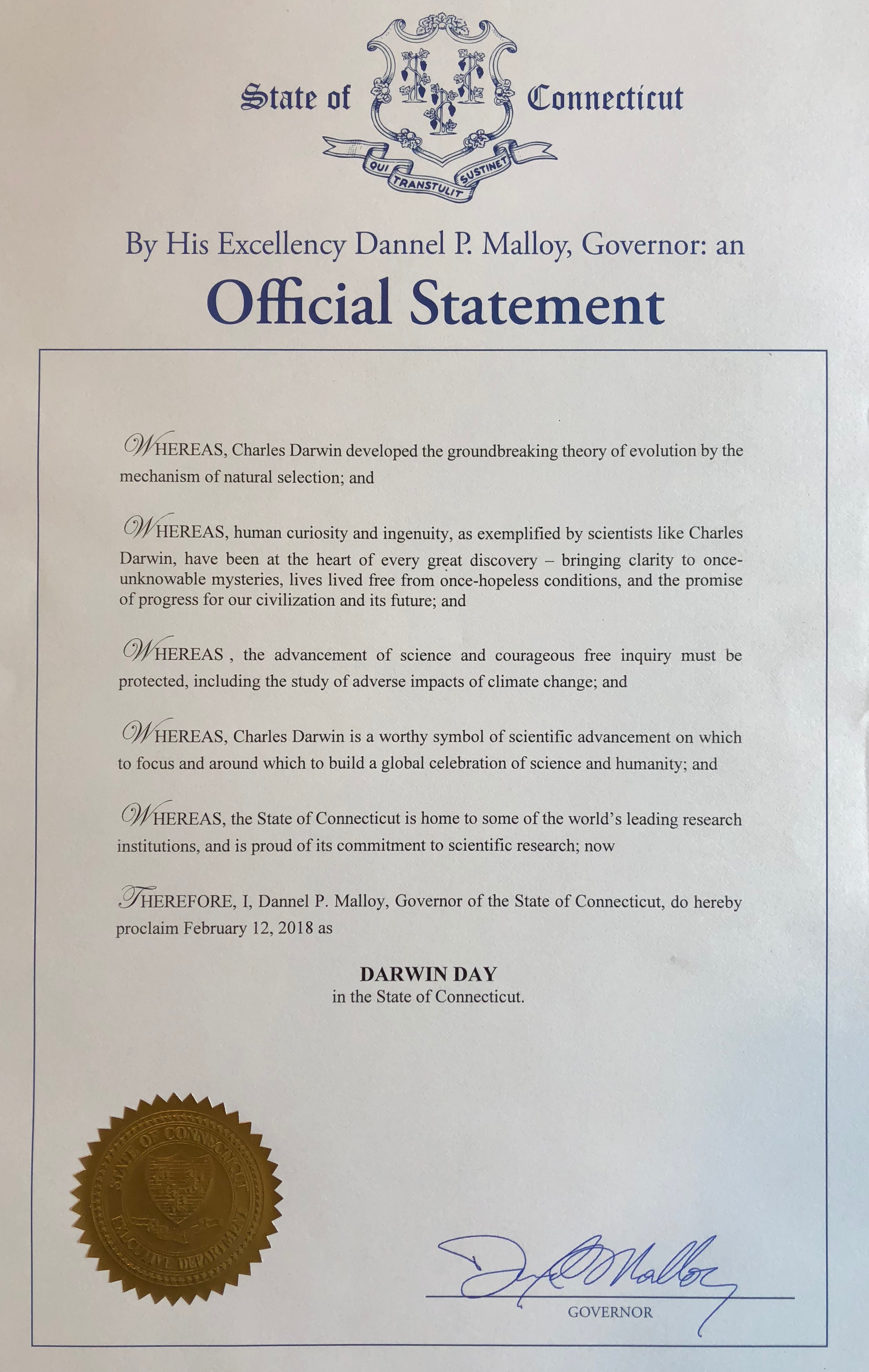 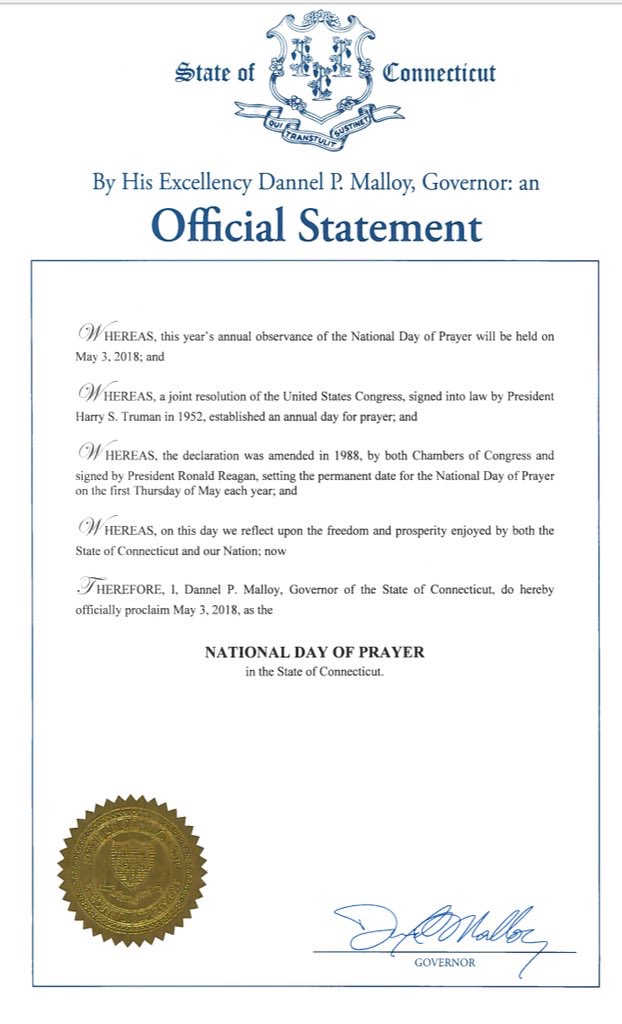