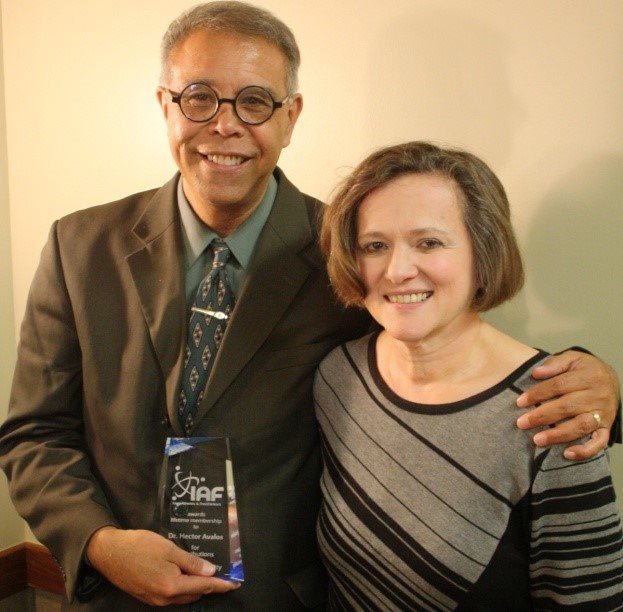 On November 13, 2016 the Iowa Atheists and Freethinkers awarded Dr. Hector Avalos an honorary Lifetime Membership along with his spouse Cynthia Avalos. He graciously and humbly accepted this honor for his contributions to the atheist community. This was the very first time this Central Iowa CoR member group bestowed such an award, and for many of you Dr. Avalos needs no introduction!

Dr. Avalos has been a Professor of Biblical Studies at Iowa State University since 1993. He has penned many books, including The End of Biblical Studies (2007), Slavery, Abolitionism, and the Ethics of Biblical Scholarship (2011) and 2015’s The Bad Jesus-The Ethics of New Testament Ethics. Some of these titles have found themselves as selections for book discussion groups around the state of Iowa, and no doubt beyond. He has also served as faculty advisor of the Iowa State University Atheist and Agnostic Society since its inception in the late 90’s; the group is an affiliate of the Secular Student Alliance, and is a member of the Central Iowa CoR.  The students have been very fortunate to have such a valuable resource as their advisor.

Professor Avalos has been a favorite speaker at many events both with secular groups in Iowa and around the country. His knowledge of the many different versions of the Bible, including in Greek and Hebrew, is incalculable. We’ve watched as he debated theologians and participated in a few of the demonstrations for separation of church and state prior to the Iowa Caucuses with the #AtheistVoter movement. In July, he shared the story of his life threatening illnesses at the Death and Dying Beyond Belief Symposium held in Cedar Rapids, Iowa: we’re so glad he recovered! He is almost always accompanied by Cynthia Avalos who he dedicates his books, stating, “Not only did she attentively meet the needs of a busy author, but she proofread drafts of the manuscript and acted as a good sounding-board for my ideas.”

Dr. Avalos is truly an Iowa treasure and the Iowa Atheists and Freethinkers are very proud to consider him a great friend and now—along with Cynthia—as lifetime members of the organization. 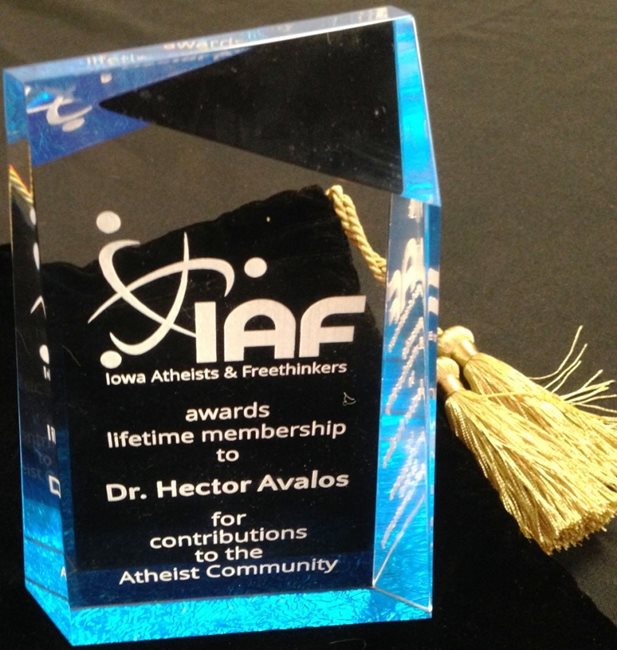