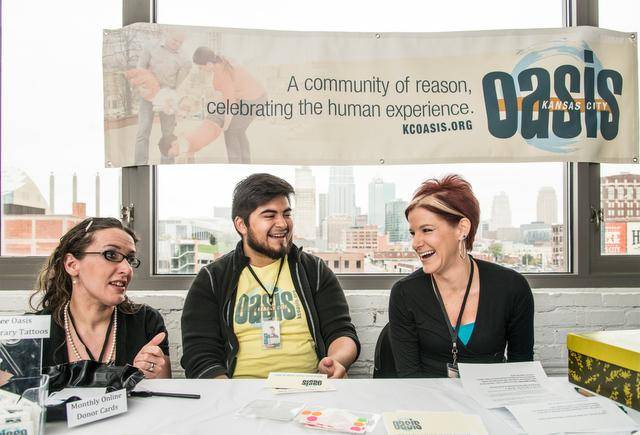 Kansas City Oasis, KC’s first alternative to faith-based communities, is pleased to announce that John P. Dehlin, founder and host of the Mormon Stories Podcast, will be the group’s keynote speaker at its Sunday Gathering Jan. 24.

Dr. Dehlin was excommunicated in 2015 for “apostasy” by the Mormon Church for his views on same-sex marriage and the ordination of women. His ouster from the church was covered by the New York Times earlier this year in an article titled, “Mormon Church Expels Outspoken Critic.”

John Dehlin is a published psychologist, researcher and social activist. He has a Ph.D. in clinical and counseling psychology from Utah State University. His clinical and research interests involve the nexus of religion and mental health.

“Like Mr. Dehlin, most everyone within our secular, Oasis community has made the sometimes difficult transition out of organized religion,” says KC Oasis Executive Director Helen Stringer. “We feel honored to meet John and hear his insights on his journey away from the Mormon Church.”

The Jan. 24 event, as with all KC Oasis Sunday Gatherings, is being held at 11:00 a.m. at the Tony Aguirre Community Center, 2050 W. Pennway St., Kansas City, Missouri. Doors open at 10:30 for coffee and donuts. Childcare is provided. The organization caters to families through children’s programs and also hosts numerous social, volunteer and community events. For more information, visit KCOasis.org, like us on Facebook, or follow us on Twitter.

The Kansas City Oasis (www.kcoasis.org) is a secular alternative to faith-based community. Oasis strives to give people the sort of community experience that many experience in religious gatherings, but without the dogma and where people can refresh themselves among others who share our secular, humanity-focused values. In addition to Sunday gatherings, Oasis communities participate in discussion groups, neighborhood potlucks, community service and charity events.

The Kansas City Coalition of Reason (www.KansasCityCoR.org) is a coalition of 17 organizations in the Greater Kansas City area that share a worldview grounded in reason over superstition, and scientific truth over revealed truth. They are freethinkers, humanists, skeptics, atheists and agnostics that hope to provide a larger sense of community and to be a central clearinghouse for information on all like minded groups in the area.