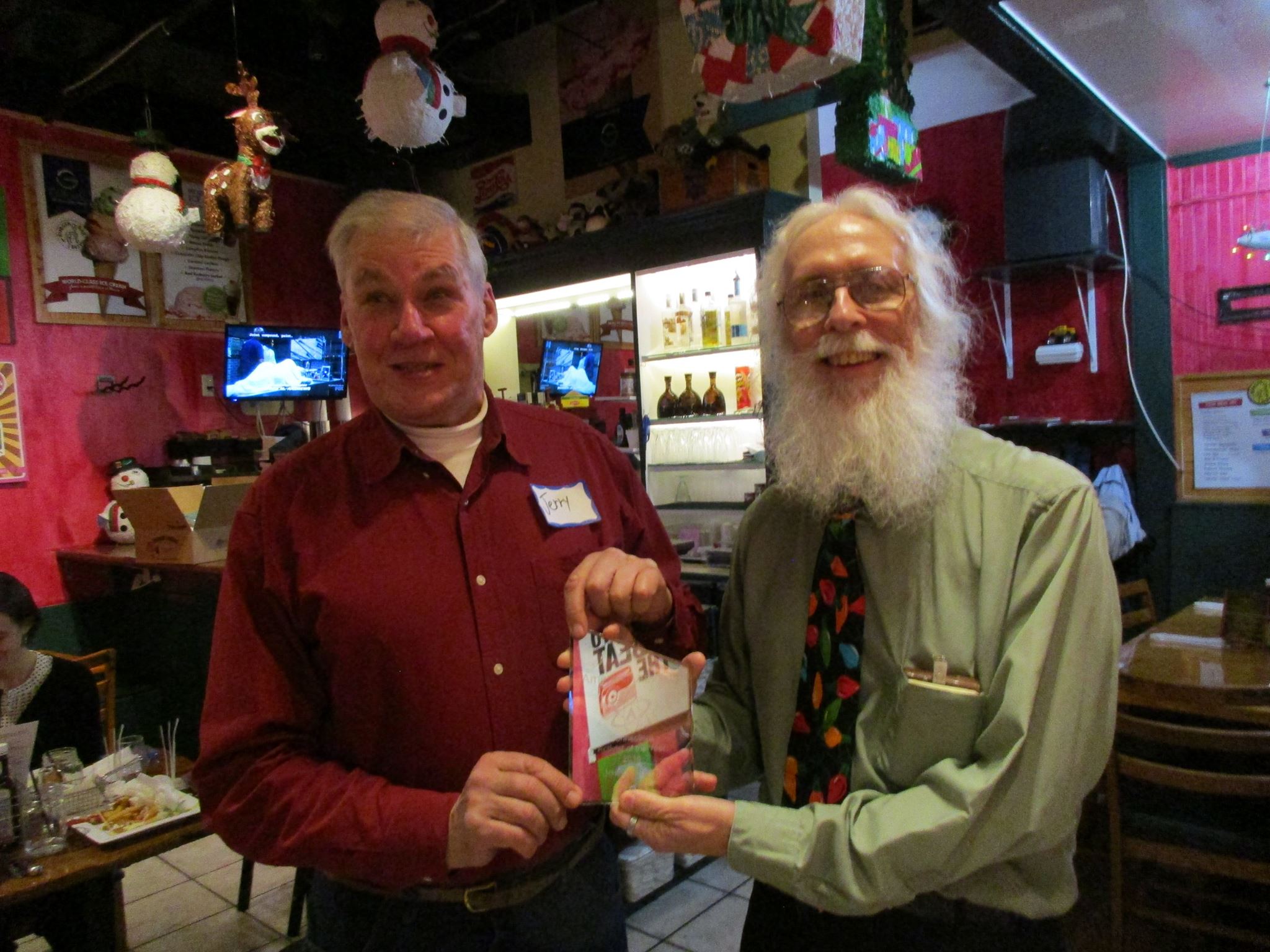 On Wednesday, December 21st, I was proud to award the 2016 American Atheists’ Connecticut Activist of the Year Award to Jerry Bloom.

The town of Shelton had for years allowed a religious display on town property every Christmas season, and when Bloom objected he was rebuffed. When he requested that he be allowed to erect nonreligious display alongside the religious one, he was denied. So, together with Freedom From Religion Foundation, he sued the town. A settlement was eventually reached in which all viewpoints may now be represented.

What especially impressed me about Jerry’s actions, is that he took them without knowing that there’s an Atheist community in Connecticut to draw on for help. He stood up for what was right and prevailed, even though he thought he was alone in his efforts. Since then, the Atheist community and he have discovered each other, and we are now proud to call him one of us.