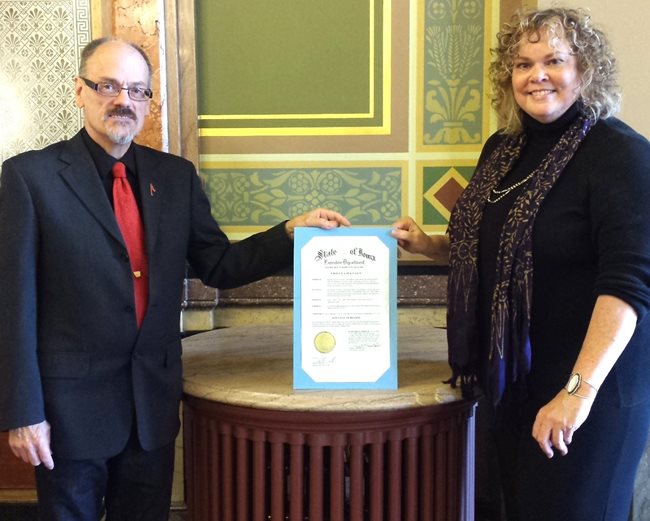 Eastern Iowa Coalition of Reason member, the Humanists of Linn County (HLC), have once again been successful in obtaining an Iowa Day of Reason Proclamation from Governor Terry Branstad! This will mark the third year in a row that the Governor has signed the Proclamation. In 2015, the HLC received the first Iowa Day of Reason Proclamation by mail from Gov. Branstad. Last year, the Central Iowa Coalition of Reason received the second Proclamation and with a formal signing ceremony at the Iowa Statehouse. Representatives from both Central and Eastern Iowa CoR’s were present for the signing ceremony which took place Thursday afternoon, May 4, in the Governor’s formal office. 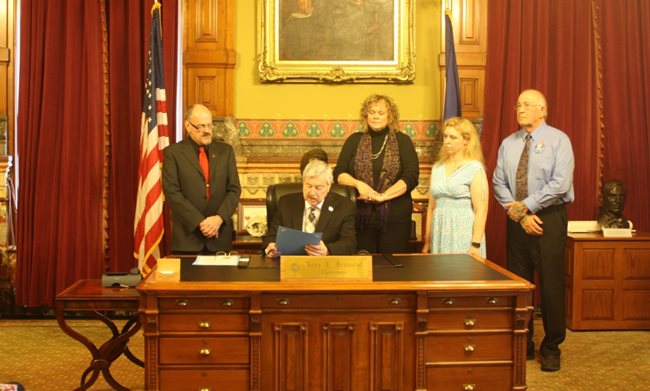 (Pictured with Governor Branstad L-R: Rory Moe, Coordinator of the Central/Eastern Iowa CoR’s and VP of the Iowa Atheists and Freethinkers, Roxanne “Rocky” Gissler, Humanist Celebrant and President of the Humanists of Linn County, Dayna Pitcher, founding member of the Iowa Atheists and Freethinkers and Thomas Harvey, Humanist Celebrant and member of the IAF, HLC and Humanist Society of Iowa.)

This capped off the perfect end to a number of Day of Reason Proclamations issued by various cities and municipalities in Iowa this year. For more news refer to nationaldayofreason.org. 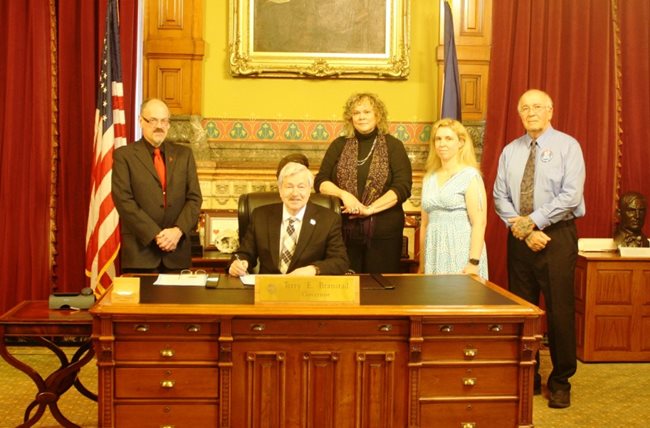 Governor Branstad is the longest serving Governor in US history and we truly appreciate that he took time for us during his hectic week with Senate confirmation hearings for his ambassadorship to China. May reason prevail here and abroad! 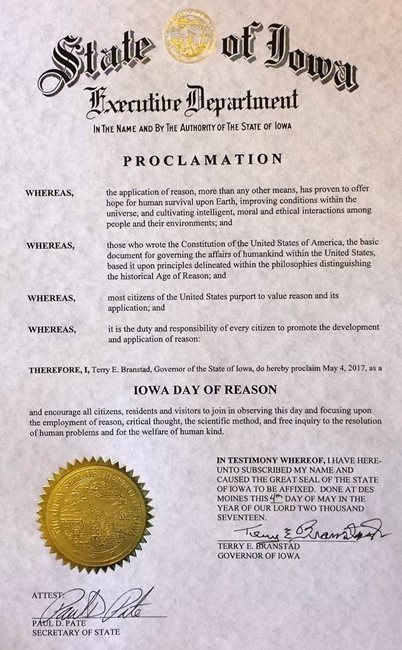