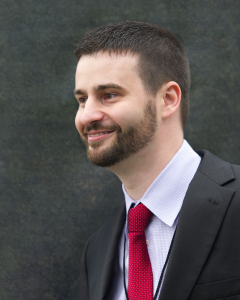 Todd Stiefel is the founder and president of the Stiefel Freethought Foundation, chair of Openly Secular, and president of Heretical Reason Productions. His foundation was the largest donor to both Reason Rally 1 and 2. In 2009 he made the transition from Chief Strategy Officer of Stiefel Laboratories to secular activist and philanthropist. Todd has gifted over $5.2 million to charitable causes, including $4.7 million dollars to nonprofit organizations in the secular movement. He kindly allowed this interview.

UnitedCoR: How did you start in the secular movement?

UnitedCoR: Will you be at the Reason Rally?

Todd Stiefel: I will be a featured speaker, and my foundation is the largest sponsor of the event. The event is free on the National Mall. The main event all day Saturday is free. Our Stiefel Freethought Foundation does not solicit donations, nor do we have any employees. We believe the best way to accomplish our mission is to support the many excellent groups that are already working towards our goals – for us one big thing we will be doing this year is supporting the Reason Rally.

UnitedCoR: Was the Freethought Foundation a calling for you?

Todd Stiefel: I was Catholic until college and a class in Old Testament history caused me to leave religion because I finally got answers that made sense – which is it’s all a myth. So switched from being a catholic to being an agnostic and then I realized I was a straight-up atheist – But I got pretty passionate about this cause over the last ten years or so as I saw how religion could affect a persons civil rights – what we really need is for secular people to be accepted by society and the religious people to be more moderate and less fundamentalist. Our Foundation envisions a world where government favors liberty over dogma and freethinkers are overt, united and influential.

UnitedCoR: What will you speak on at the Reason Rally?

Todd Stiefel: Well, I’ve got lots and lots of notes but I want it to be outside the box… so I am going to take a risk and do something like that. Essentially my mission is to gain respect for freethinkers and ensure the complete separation of church and state.

One of the things I am thinking of addressing is how we have often concentrated on just religious dogma – but it’s not limited to that – there are many forms of dogma that can be dangerous. Just come out to the Rally and check out what’s going on – performers, celebrities, scientists – something you would regret missing.