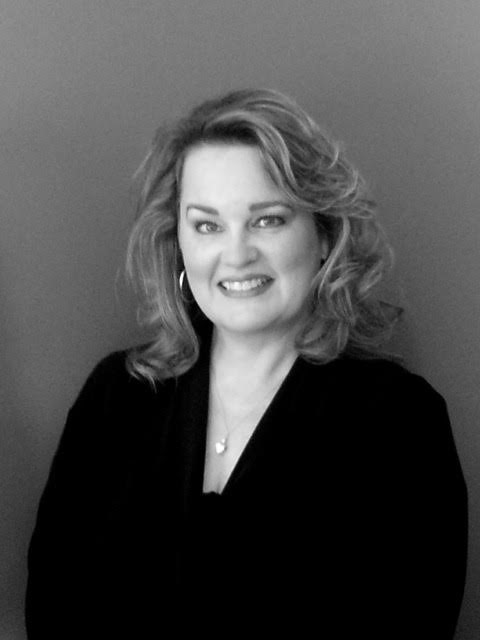 When UnitedCoR attended the recent CARE Conference, sponsored by Connecticut Coalition of Reason, we had the opportunity to meet Rev. Kathleen Green. Kathleen A. Green is a Unitarian Universalist (UU) minister who has served congregations in Illinois, Wisconsin, California, and New Jersey.

She received her undergraduate degree from Thomas Edison State College in NJ, her Master of Divinity degree from Meadville-Lombard Theological School in Chicago, and is currently a doctoral candidate in multifaith studies at New York Theological Seminary in New York City. Kathleen has a long history of social justice work including involvement with the UU legislative ministries of both California and New Jersey, serving on the board of the latter.

She has recently served on the board of the Metro New York district of Unitarian Universalists, served as Treasurer of the Ridgewood Interfaith Religious Leaders, and was a member of the Faith and Reproductive Justice Leadership Institute at the Center for American Progress in Washington, DC. Kathleen is currently a member of the Interfaith Alliance, American Humanist Association, and the Feminist Caucus of the AHA. Rev. Green is most passionate about the strength of interfaith relationships that include humanists in the struggle for social justice.

UnitedCoR: Kathleen, you received a Masters of Divinity degree but rather than follow a path within a mainstream theistic religion you chose to become a UU minister. Could you tell us what prompted that decision?

Kathleen Green: In short, I pursued an MDiv after finding UUism! I grew up in the Southern Baptist tradition, and actually felt a call (no great booming voice but rather a nagging urge) to ministry while still identifying as a Christian and Southern Baptist. The truth is that I always questioned the theology of my childhood church but it was a quiet and internal struggle. Even while questioning, I attended Oklahoma Baptist University, was married in a Baptist Church, and raised my first child, for the first few years of her life, as a Baptist. It can be very difficult to break from the comfort of what you know, even when it’s an uneasy comfort.

As a 26 year old, I was divorced with a toddler, met my now-husband who was raised in the Jewish tradition, left the Baptist Church, and was hungry for community I had known as “church.” My husband and I happened upon “UUism,” couldn’t believe we’d never heard of it and yet had found it, and the rest is history.

Well, not exactly. I didn’t share my call to ministry with anyone in the UU congregation, but became more and more involved in congregational life, positions of leadership, and was asked on more than occasion, by more than one parishioner, if I had considered going into UU ministry. That was the impetus to much research and personal discernment, as well as strong support and encouragement from my husband. We were seminary-bound in 2003, fifteen years after that first nagging urge! It was a journey taken not only by me but by my husband and son (9 yrs. old at the time).

UnitedCoR: Could you tell us how you first became involved with Humanism?

Kathleen Green: I don’t remember hearing about Humanism in my first UU congregation, although I’m sure it was talked about, and I know there were members who identified as agnostic or atheist. I still considered myself a Christian at the time, albeit far from the definition I grew up with. It was in seminary (Meadville-Lombard Theological School: one of just 2 UU seminaries in the country) that I learned about Humanism. The seminary president at the time, Rev. William Murry, referred to himself as a religious humanist and I began to feel a resonance with that way of thinking.

My affinity for Humanism continued to grow throughout my time in seminary. Once I was ordained and graduated with my M.Div. (Master of Divinity), I was confidently referring to myself as a religious humanist and agnostic.

Over the past 10 years of professional ministry, my own theology and worldviews have been evolving. These days, I no longer use the adjective ‘religious’ to describe my humanism. I am now a member of several Humanist organizations and am devoting a good portion of my time promoting humanism and supporting the Yale Humanist Community. I feel both a sense of freedom as a Humanist and a sense of obligation that is not tied to any dogma.

UnitedCoR: You obviously have an interest in different belief systems, as you are currently a doctoral candidate in multifaith studies. How do you envisage these studies helping you and other communities in the future?

Kathleen Green: Having always been interested in religion and the interfaith concept (even before I knew the word ‘interfaith’), being able to study for a Doctorate of Ministry (D.Min.) in multifaith studies is truly a gift! From my perspective, the interfaith movement is at a place where action is no longer an option. It is a necessary next step of collaboration that is primed for leadership engagement. Gone are the days when ecumenism was mistaken for interfaith cooperation, and the time has passed when small groups of leaders from strictly “Abrahamic” faith traditions sit around a table in a church basement to do no more than share their beliefs with one another.

At the risk of sounding harsh and cynical (I’m really neither!), navel-gazing and self-congratulatory high-fives are not sufficient. There is just too much work to be done. It is an incredibly exciting and challenging time for interfaith collaboration and cooperation. It is a time for values in action!

My D.Min. degree requires a dissertation and project that will emphasize development of an effective ministry of personal and social transformation in the context of a multicultural, globalizing, and urbanizing world. The current plans for my project involve opening a local affiliate of the national Interfaith Alliance organization.

What makes my plan unique is twofold. First there will be an intentional recruitment of humanists to participate in the affiliate. Humanists have been missing from the interfaith circles for far too long. Just as an expansion to include “Eastern” religions and philosophies has enriched the interfaith movement, so can and inclusion of humanist voices.  Secondly, the use of technology that allows for live-streaming of gatherings and social media outreach will expand the opportunity for participation and knowledge.

UnitedCoR: You have a long history of social justice work. I’m sure you have many stories both poignant and amusing, are there any that particularly stand out that you could share with us, either from your own experience or those you have witnessed?

Kathleen Green: My social justice work as a UU minister and as an interfaith enthusiast has been some of the most rewarding work I’ve ever done. All of the work has been on progressive issues and much of it has been, to some degree, controversial: immigration reform, marriage equality, a woman’s right to abortion and contraception, gun control, etc.

While serving a UU congregation in California in 2008, we had a short window of time, from mid-June to November, when marriage licenses were issued to same sex couples. I organized my congregation to hold demonstrations in town with “Just Say No to Proposition 8” signs and chants for marriage equality. We were spit at, cursed at, and threatened but not deterred.

I received a call in September from a couple I had known when I was a ministerial intern in the Chicago area. These men had been together for nearly 40 years and had never imagined that they might have an opportunity to marry. They made arrangements to come to California for a long weekend in October and have me officiate their wedding ceremony. It was an incredibly moving moment in my ministry. Then the dreadful Prop 8 put a stop to equality for the succeeding 5 years! At that moment, I announced publicly my refusal to sign any more marriage licenses until marriage equality was restored in California.

While working on reproductive healthcare justice just a few years ago I began volunteering at a women’s clinic in New Jersey, where abortions are performed. The work was simply to escort patients from their cars or the sidewalk to the front door of the clinic and then back to their cars after their procedure. I couldn’t quite grasp why this was so necessary until I arrived on the first day of my volunteer stint. The sidewalk outside the clinic was lined with protestors.

The men and women who protested would not only hold outrageous signs with misleading and oftentimes inaccurate information regarding abortion, but many of them would try to block the sidewalk, block the driveway to the lot where doctors parked, and would continuously scream and shout vile harassing statements (along with scripture) at the women and their companions who were coming into the clinic. They also screamed at and shoved the volunteer escorts. I was called a “Deathscort,” “Son of Satan,” and “Hitler’s Daughter,” among other things. It was mentally-exhausting work but rewarding at the same time. I was volunteering alongside Christians, Jews, and atheists.

We were escorting women of various ethnic and religious backgrounds. I was most touched by a grandmother who had brought her granddaughter to the clinic. I will never forget what she said to me as she made a point of hugging and thanking me for being there that day: “You know nothing about my granddaughter and her situation, and all the other girls too, but you’re here with compassion. Bless you.” It didn’t matter if we came from different cultures or sincerely-held beliefs. We were both human and doing the best we could with our lives and the lives of those we cared about.

UnitedCoR: If someone was interested in becoming involved with humanism and  inter-faith work how would they find their nearest group?

Kathleen Green: My somewhat-flip answer is that Google is your best friend! Seriously, there are lots of humanist groups around the country and most of them can be found with a quick Google search. Contacting a large humanist organization like the American Humanist Association can help as they will point you to something in your area. UU congregations can also be very helpful. Some people prefer to be a humanist within a religious or spiritual congregation and “UUism” offers that kind of environment.

Interfaith work can be a little more difficult to find, depending on where you are located. Too often, the interfaith groups are strictly for religious professionals. My first search would be with one of the national organizations: Interfaith Alliance, United Religions Initiative. And again, a UU congregation may be able to help you locate an interfaith group, project, or invite you to join in interfaith work that they themselves are doing.