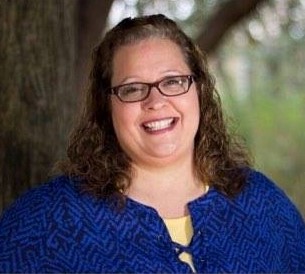 Do you remember the event at Lackland Air Force Base in San Antonio, Texas, where 1,000 Air Force trainees attended an atheist-led and planned event on base? (The story is here)

Cherri Pitts has been an active member of South Texas Atheists for Reason (STAR) since February 2016 and became the Director of Administration in July of 2016. She’s a regular volunteer at the Lackland AFB Atheists/Humanist meetings and serves as the webmaster, sends out the newsletters, and keeps up with all the documentation for the organization. Cherri completed her degree in 2016 with a Bachelor’s of Science in Business Management. She is the mother of four and grandmother of two, having been married to Jerry Pitts since 2001. Cherri and Jerry live in San Antonio, Texas with their 2 rescue dogs Apollo and Luna.

UnitedCoR: Do you have any military experience that led you to regularly volunteer at Lackland AFB? What led you to give so much time and effort to that work? 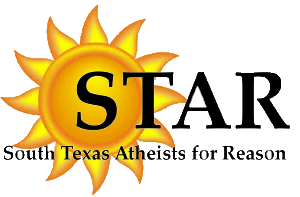 Cherri Pitts: I was in the Navy Reserve from 1990-1993 in my early 20’s. I enjoyed my time there and learned a lot, especially about diversity and how we all want the same things, even when we just can’t seem to agree on how to achieve it. I first got involved with STAR as a social group about 18 months ago to be around like-minded people. I’m actually an introvert and didn’t like speaking in public. Vicki Gettman invited me to attend a few times and said she needed some support for some changes that were happening with the regular volunteers. After going to a few of these meetings, I was hooked. It took me about six months to even introduce myself, but the energy and joy I see on the trainees faces makes me feel good about what we’re doing. They were very supportive when I was nervous and they would say, “You are doing great!”

The trainees and Airmen have shared their deepest fears, sorrows, and pain with us and we don’t take that lightly. I have a great time each week because they make us laugh and cry and I feel a very personal connection to them as a group: that’s why I keep going back. I know what it was like in boot camp, being separated from your family, friends, and experiencing culture shock. They tell us they get to feel “human” again for a few hours each week. That inspires us to keep going and trying to share my time with them.

UnitedCoR: When you hear the phrase “No atheists in foxholes,” how does that make you feel, given the work that you do with military trainees and your prior military service?

Cherri Pitts: I think the phrase “No atheists in foxholes” in a statement of ignorance. I understand that the phrase tries to portray a time of desperation, where anyone who is faced with a life or death situation would try to pray to stop the horrible circumstances. They’re presuming that there’s a fear of the unknown, so why not “just in case” there is a god to meet in the afterlife?

However, most atheists and Humanists that I know understand that war is an outcome of people’s decisions: we are responsible for our own actions and the atrocities brought on by war are usually religious-based or at least influenced by religious fervor. It doesn’t mean we shouldn’t fight for our freedoms and keep out those who threaten it; it just means that we understand we’re fighting against another human being—another person—who believes their own religious lies and think they will get some glory from their god for their disgusting behavior. Non-theists know the difference and are not justifying our actions for a false assumption.

UnitedCoR: Could you tell us about a time when you feel your work with STAR that really made a difference, either to you or to the people of the communities that you serve?

Cherri Pitts: I hope that everything STAR is doing each week is making a difference. That’s our purpose. We work at the San Antonio Food Bank on the first Saturday of each month to help in the garden that feeds the surrounding counties and feed thousands each week.

We also partner with Habitat for Humanity and assist in the building of houses when possible. We’ve also had the chance to meet some of the homeowners and so glad we could be a part of starting their new lives.

We have a giveaway on the last Sunday of each month to the homeless of San Antonio. We help an average of 100 homeless people by giving them personal hygiene supplies; all items are purchased with donated money [Note from UnitedCoR: If any of our readers would like to donate to this cause, please check out their Facebook link].

Every Sunday, we have the Atheist/Humanist service at the Lackland AFB. Since I started attending, it has grown from 300 to over 1,000 trainees. It’s been amazing to be a part of this and we get a personal story almost every week from at least one graduate about how it helped them to have this service.

I also do not want to pass up the opportunity to thank the Gettman family for all they have done for my family; they are such an awesome support in my life. I’ve had several life changing issues and they have been through all of it with me. Their support has made and is continuing to make a difference in my life. Without their friendship and the support of the STAR group, I couldn’t do what I do for the trainees or feel the sense of purpose that I do now.

UnitedCoR: If someone was considering doing military outreach (especially a religion-focused “extracurricular” activity), what advice would you give them regarding the qualities needed and the pitfalls and pleasures of this kind of work?

Cherri Pitts: I think the most important advice would be to be consistent! By that I mean: start and end on time, be organized, and keep a consistent format. Structure is important so they know what to expect and when to expect it. That doesn’t mean you can’t change up the content a bit or tweak it, but make sure they are aware of what to expect each week.

Second, ask and listen to their feedback. Ask it often—once every few months, but don’t let them get out of hand and disruptive. For example, we asked them what they would like to be added or different and they said music. We started playing before and after the service and were taking some requests (honestly, their favorite song is “Don’t Stop Believing” by Journey!). As a policy, we review the songs before playing (if we aren’t aware of it) to make sure they are appropriate and give a positive and community-building mood.

One thing that I remember is that, at one time, I thought it would be good to put the song list on the screen for them to pick what song to play next and they ended up yelling at me and competing over the next song. It was more stressful for me than I expected. I took down the list and just play what I feel is needed for the mood. I just go by the latest pop hits or game/movie soundtracks that are popular and throw in a few classics for sing-a-longs. It seems to be working well now. It makes me happy when they dance or I see them singing along or clapping. It’s pretty fun to hear them all singing together and clapping.

UnitedCoR: Texas seems like a place where a person’s religious beliefs are really important. What have your experiences been when people find out that you’re an atheist who’s doing a lot of wholesome work that benefits the greater community, regardless of their beliefs?

Cherri Pitts: A few weeks ago at the Atheist Helping the Homeless event, one lady that was in line for personal hygiene items asked me what “Uh-theist” meant. I said it was “A-the-ist”…her eyes got big and she said, “You don’t look like one.” I said, “We do good too, and we have a sense of morals and ethics.” It’s worth mentioning she didn’t get out of line! I’m still uncertain as to what an Atheist is supposed to “look like”; maybe next time I get that, I’ll ask. In Texas, the word “atheist” still carries a stigma.

In my personal life, I have family members who won’t discuss it, even though I know they know this is what I do and believe, despite others in my life who are fine with it and accept my choices. I can’t help what the label of “atheist” or “Humanist” means to them unless they ask me, and then when they do I will share what it means to me. There’s a difference, though: I will not proselytize to them. If they talk to me, then I feel as if they’re ready to hear my answers. Until then, I focus on our STAR family, its events and the work that needs to be done, and I also focus on my immediate family.