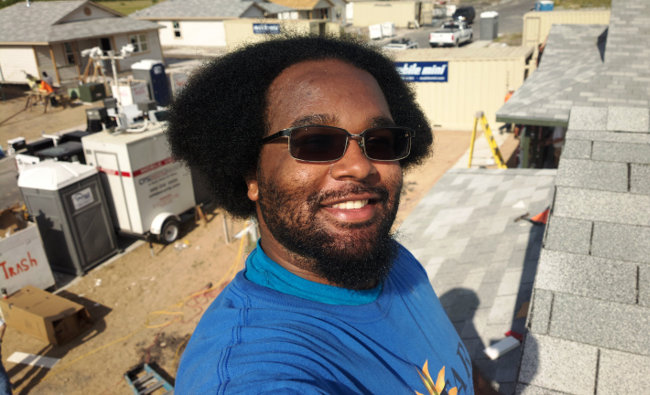 Phil Session was born and raised in a small suburb just south of Dallas. After moving to San Antonio in 2013, he became active and involved with several volunteer activities, starting in San Antonio and, later, events in Austin. Phil’s the coordinator for Austin Atheists Helping the Homeless (Austin AHH), as well as volunteers with the San Antonio chapter of AHH. He also serves as Vice-President for the Atheist Community of Austin (ACA), is the ACA volunteer coordinator, and is one of the co-hosts of the ACA-owned program, The Atheist Experience TV show. Phil’s also a fan of random factoids (and here are a few factoids about Phil: he’s never owned a pet of any kind, his favorite color is indigo, and he cannot wait for Nokia phones to make a comeback).

UnitedCoR: Do you have any military experience that led you to regularly volunteer at Lackland AFB? What led you to give so much time and effort to that work?

Phil Session: My dad actually went to Lackland AFB for his basic military training early in his life. I remember him talking about it when I was younger, showing my brother and me his old uniform and other gear. I was never in the military myself, but I remember going to my first Atheist/Humanist meeting there at Lackland and being blown away by the trainees there. Their energy, discipline, and curiosity were infectious and I wanted to show up as much as I could. 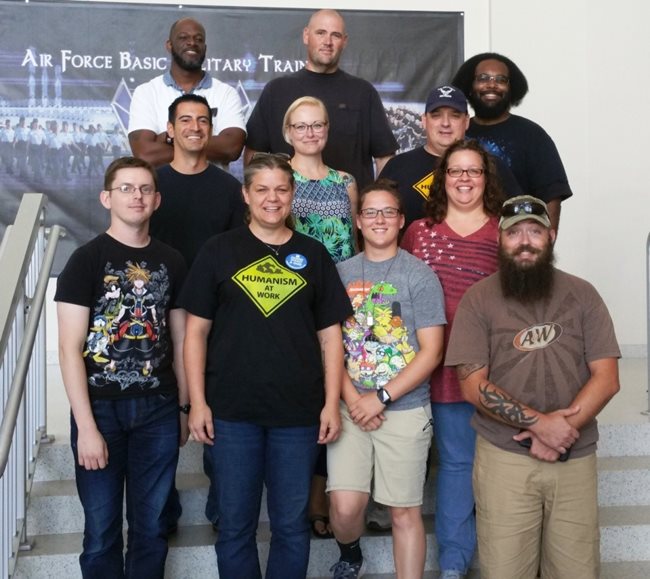 For the second meeting I attended, the topic for discussion was “Coming Out”. During that talk, I wanted to tell a little bit of my background and have a conversation with the trainees because the subject was so relevant to me, being both gay and atheist and having a very religious family. With no preparation or planning, I gave a small talk about my experiences with coming out, on both fronts; what I felt before and after, how I tried to reduce the risks of fallout, my hope and relief afterwards, and what the similarities were, among other things. After that experience, I was hooked.

UnitedCoR: When you hear the phrase “No atheists in foxholes,” how does that make you feel, given the work that you do with active duty military?

Phil Session: To me, that phrase has become little more than useless platitude invoked by the seemingly ignorant; it is demonstrably untrue. Whenever I see it used, I just want to walk up to the individual and say, “Hey, you should REALLY check out this Atheist meeting bringing in 10-20% of the Lackland’s trainee population every week!” *Mic drop, Phil!* 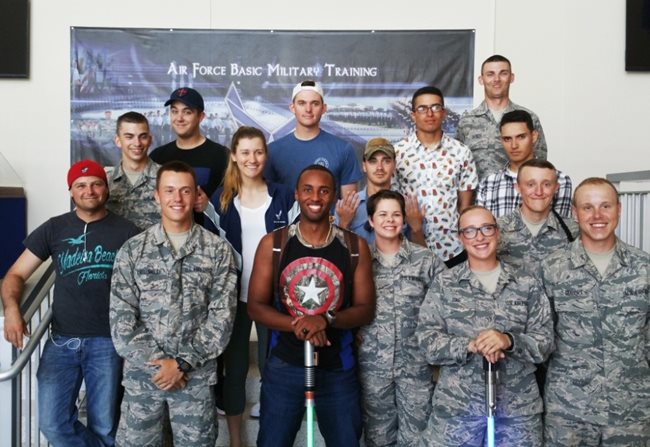 UnitedCoR: Can you tell us about a time when you feel your work with STAR and Atheists Helping the Homeless that really made a difference, either to you or to the people of the communities that you serve?

Phil Session: Rather than just being a single event, it is more of something that has been happening over time. Over a year ago, at one of the Austin Atheists Helping the Homeless (Austin AHH) giveaways, I met someone for the first time. She was middle-aged, full of energy, strong, had a very quick wit, and had been homeless for years. Almost every giveaway since, after getting items from the line, she finds me and we have long conversations where she details topics like her struggles to find employment, dealing with the city in an attempt to receive assistance, and plenty of anecdotes of other folks trying to steal her items or clothing and that she “ain’t havin’ it”. She now works a couple part-time jobs and receives housing assistance, giving her a place to lay her head at night. I could not be more proud and happy for her. Hearing that, I feel that, even though I only had a small part to play in her life, it gives me a sense of efficacy in the volunteer efforts I do and is a concrete demonstration to me that it is worth it.

UnitedCoR: If someone was considering doing military outreach what advice would you give them regarding the qualities needed and the pitfalls and pleasures of this kind of work?

Phil Session: Be patient. Whether it is starting a local military group in your area for community or establishing an atheist/humanist meeting on a base, it may be a long haul in order to really get the ball rolling. From getting the group started (or being sponsored) and finding other interested parties to maintaining the group and growing what you have built, none of these are small tasks. Also, understand that it may not work out the first time. It’s easy to look at other established groups and wish for that success on your initial run. Unfortunately, you might be smacked down by reality if it does not go the way you plan. That said, it is completely worth it when things go right, and that is a feeling you can hold on to.

UnitedCoR: Your role with Austin Atheists Helping the Homeless is vital to Texas’ capital. What have your experiences been when people find out that you’re an atheist who’s doing a lot of wholesome work that benefits the greater community?

Phil Session: It is quite a range of reactions, to be sure, depending on the person and their background. Overwhelmingly, the reactions are positive, both in person and online. I remember during a giveaway in the summer of 2016 where a couple—one, a non-practicing Jew and the other a Buddhist—came up to say they appreciated our group for being out there and representing for atheists. There have even been curious members of religiously-affiliated groups operating in the same area that came over during giveaways to have conversations with me. Typically, these discussions revolve around what an atheist is and what drives the Austin AHH group and me to come out to hold these events every month. At the end of it, I usually receive an amiable departure where both parties come away learning something new; other times, I might receive a veiled jab like “you are doing the lord’s work”.

Though rarer, I also receive reactions that are antagonistic or defensive. For example, at the beginning of the Austin AHH giveaway last month, a recipient approached our line to yell at us volunteers. He detailed that we were going to hell, threatened that his god would punish us, and that we needed to turn away from sin before it was too late. I say “recipient” because he did indeed obtain items he needed from us after yelling this (and has received items from past Austin AHH giveaways, too).

Overall, from both religious and non-religious persons alike, people are supportive of what I do, even if the group I am volunteering with has the oh-so-dreaded word atheist in the name. I, for one, am proud to carry the label as I think that exposing more people to the notion that atheists are good, ethical and valuable members of society helps to remove some of the stigma placed by society, religious beliefs and/or cultural upbringing on the word. 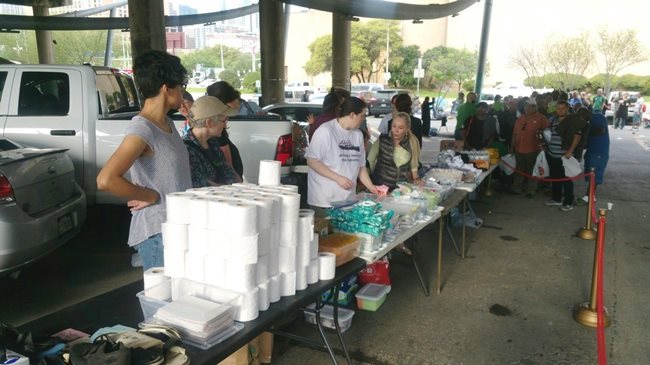