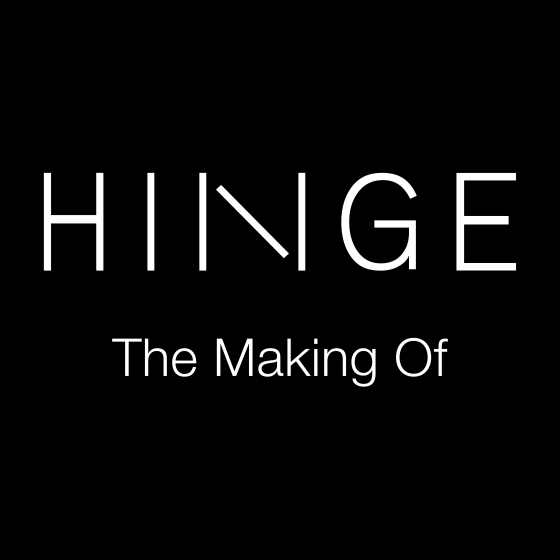 Cory Markum, a Bachelor’s degree holder in philosophy from Bradley University and Rev. Drew Sokol, a Master’s degree holder in divinity (MDiv) from Covenant Theological Seminary (Presbyterian Church in America) talk about their new project: Hinge, a discussion between two friends—one who is an atheist and one who is a Christian pastor—about the authenticity and historical relevance of Jesus Christ.

Melissa: What is the purpose of the Hinge project?

Cory:  I think on a more meta level that our purpose is to demonstrate how people from different viewpoints can nevertheless have meaningful and productive conversation. But on another level, Drew and I both want to investigate the life of this incredibly polarizing historical figure, Jesus of Nazareth.

Drew: Yeah, the vision of Hinge started as this search into this confounding 1st century mystery: a mystery that obviously has had profound implications for billions of people. But with polarization becoming perhaps the biggest topic of conversation in our culture and the biggest challenge facing our country, we’ve started to see it just as much as an opportunity to model what respectful and open-minded conversation can look like.

Melissa: Do you think there is a real possibility of open dialogue between atheists and Christians?

Cory: I don’t just think this. I know this. For one, I’ve spent the last couple years of my life having these kinds of dialogues. Moreover, Drew and I prove that this is possible every day as we work together on “Hinge” and continually challenge one another.

Drew: It is a challenge, because Cory is such a heathen (only kidding!). I think this kind of dialogue is possible to the degree that we’re each willing to allow our assumptions to be challenged. The god that most atheists reject is a god that I reject as well, and often I find that many real-life atheists and Christians are much more open to nuance and doubt than typical portrayals give them credit for.

Melissa: What would you like to come from this dialogue?

Cory: Fame? Just kidding. Sort of… I suppose the thing that I want most to come from this dialogue between Drew and me goes back to my answer to your first question; at the very least, I hope that Drew and I demonstrate that it is in fact possible to do something like this and a.) not hate one another afterwards and b.) come away with a better understanding of one another’s beliefs.

Drew: Haha, I also hope that Cory and I will not hate one another! In a lot of ways, I also view this as an outlet for an often-overlooked group of people. One of the defining events in my life is that I went through a deep and profound 6-month battle with doubt while serving as a pastor in Los Angeles. That doubt hit me the hardest on a day when I was preaching 3 sermons. It was a season filled with tears and frustration, and the thing about that story is it’s not uncommon. Millions of people standing at the edge of faith make big real-life decisions on a historical question – did this man, Jesus, really rise from the dead? – and Cory and I want to present a way forward for healthy dialogue, but also want to provide an outlet for those wrestling with their own questions about belief and doubt.

Melissa: Do you think this open dialogue will create more tolerance or more argument?

Drew: I love this question! Actually, from my years as a pastor in L.A., I find that tolerance doesn’t fulfill its promises, and that’s a big reason why we find ourselves in such a predicament with polarization right now. Our culture’s postmodern view of tolerance has basically said that all truths are created equal and we should just accept them as equally true. But what happens if our truths contradict? I think tolerance is on the right track, but it ultimately doesn’t get the job done. For Cory and me, I think the real thing we’re after is not just tolerance, because then that just leads to shallow conversation, but actual understanding. What would it look like if people didn’t just put up with one another’s views, but actually sought to understand the reasons behind those views?

Cory: What he said!

Melissa: Do you think groups like United Coalition of Reason, who accept both believers and non-believers, can succeed when religion is such a divisive topic?

Cory: Well, I certainly hope so! Yes, if done right, I think groups like United CoR can indeed be successful at this. It certainly won’t be easy. Nor will it happen overnight. But it’s both possible and crucial (especially in the U.S. with its political climate right now) for us to do just this.

Drew: Absolutely! I love that United CoR invites people from a variety of perspectives. The more we can come to a place where we say there are rational reasons for disbelieving and rational reasons for believing, and respect each other in those differences, the closer we get actually figuring this whole thing out.

Cory:  With this in mind, and sorry for the shameless plug, the third episode of our first broadcast, “Hinge: The Making Of” just came out today. So please go listen to our broadcast and give us some feedback! And thank you Melissa for interviewing us; this has been great!

Drew: Seriously, this was great! Thanks for talking with us!

Jase—Melissa, well done for a great interview and on behalf of UnitedCoR, we want to wish Hinge all the best with its new project. Should Drew and Cory have time in their schedules, I’d like to be a part!