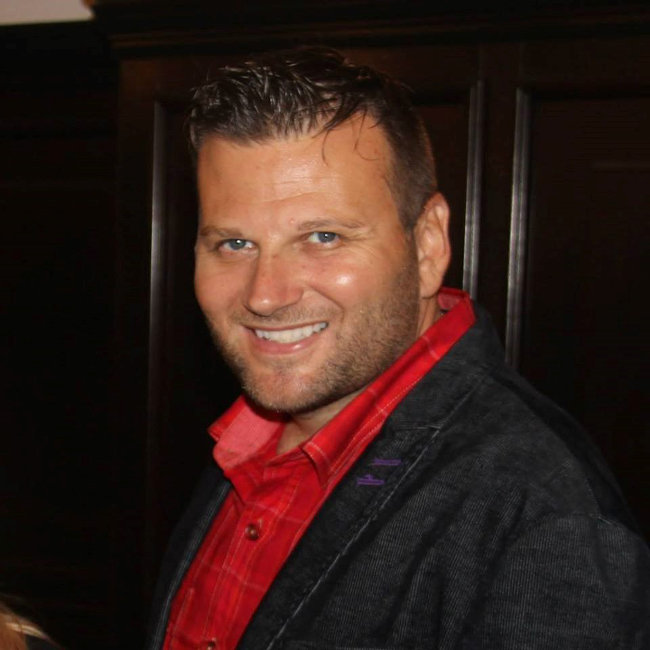 In our last newsletter, UnitedCoR was excited to list the Association of Mindfulness Meditation and Secular Buddhism as another of our cooperating national groups. Mark W. Gura has more than 20 years’ experience in practicing mindfulness meditation (Vipassana). He is the Executive Director of the nonprofit Association of Mindfulness Meditation and Secular Buddhism, the Vice President of the Atheist Alliance of America and co-presenter of the Richard Dawkins Award which will be given out to Dr. Lawrence Krauss in June at the Reason Rally in Washington DC this year. Mark is also the Media Spokesperson for the Atlanta Coalition of Reason. He is the host of the “Blind Faith Vaccine” TV show, and the author of the book Atheist Meditation Atheist Spirituality. Throughout his life, Mark has lived in and explored nearly 80 countries!

UnitedCoR’s Education Officer and National Coordinator: Could you tell us how you came to be involved with the Association of Mindfulness Meditation and Secular Buddhism?

Mark W, Gura: When I was a young child, I felt a sort of freedom, a carefree happiness. I wasn’t a label. I wasn’t an employee or a boss, black or white, or any of the other labels people wear: father or mother, male or female. I just was. Then school started, responsibilities started, and it was almost as if society and culture were programming me, conditioning me, with the idea that it was not okay just to be happy—it was as if happiness required specific reasons.

The next time I felt that feeling of freedom, of happiness, was when I was in high school. I’d heard about meditation, but I thought, “Who needs meditation???” I got my meditation from partying. Over time and as I grew up, the problem was that everyday reality sucked, compared to partying. After a while, though, I became jaded. Life lost its sparkle. It’s not that I wasn’t having fun. I partied, but my lifestyle was unsustainable, and I was self-medicating in order to overcome my inner pain.

I suspected that my pain was occurring because I was not successful enough, whatever that meant. I started a small business, achieved some financial goals, but as so-called “success” started to roll in, that inner suffering continued. I figured that maybe I was not altruistic enough, so I started to do volunteer work. Or that maybe I needed to go to church. I opened my heart to Jesus. At the time, I thought I spoke with Jesus. Even though I know now this was in my own mind. But the suffering remained. I thought that maybe my church, or Christianity, was the problem. I went to other churches, temples, centers. I read the books produced by the major religions and philosophies. I even studied self-help systems and achieved certification as a therapist. But nothing helped. I thought maybe this was because the churches, religions and systems I’d looked into were not good, because they were local. Surely, the masters who held the key were somewhere else out there, in the world. I decided to sell everything I had, give everything away, and travel around the world. I resolved to meet the greatest teachers and gurus I could find, to study with them, maybe get some sort of “transmission.”

I met people like Mother Teresa and the Dalai Lama. I’ve travelled to nearly 80 countries now. In the end, after all this searching, I became an atheist. There was simply no credible proof that gave me enough faith to believe in God. It would be dishonest of me to make myself believe something I truly did not believe (a message I ensure that I share with people in my new role as Vice-President of the Atheist Alliance of America.) I did experience one ultimate life-changing event, though, and it allowed me to experience that carefree freedom again. I found this meditation center in India, which had been started by the late S.N. Goenka, and it taught me to meditate. These courses included 10, 12, and sometimes 14 hours of meditation per day. I did one course after another. They held 10-day courses, 20-day courses and longer. Complete silence: nobody talking with anyone, unless it was an emergency. This was intense, but it was also the first time that I truly met myself. Until then, I had just been diverting my attention from me, onto external crutches like religion that felt like they made me happy, but were just burning away my time.

Imagine just being you, meeting yourself for the first time, neither being a father or a mother, a male or a female, an employee or a boss, black or white. Just being. Once again, as in childhood, none of these labels affected me anymore. I just was. The other cool thing about Goenka was that he was against student-guru relationships (considered this an unnecessary attachment). His meditation techniques did not require any supernatural beliefs, beliefs in deities or anything like that, and the whole thing was transformational. After a while, changes started to occur within me. My internal suffering eased. I was able to gain access to some of my unconscious motivations, without needing a therapist to do it (Buddhists sometimes refer to this as “insight”). I learned how to calm down the mind, you know, the “equanimity” that I used to get from getting high in my teenage years. Daily meditation made me more determined, and more confident. I shed a lot of the baggage, the anger and the pain from my childhood. This made me a much more positive person. Honestly, I’m pretty happy with my life. Not because of anything that I am achieving, or because of what I own, but just because I learned how to be happy with the everyday moment. This was not always the case; I used to hate reality, and my inner pain spilled out onto other people much more than it does now.

This is when it dawned on me that what I learned all those years ago was the core practice of what the Buddha actually taught 2,500 years ago. The Buddha was not into worshipping deities or teaching people to believe in things. He rejected Hinduism, all theism. He did not believe in a creator, either, and in this sense, he was also one of the first atheists in history. He left a privileged life to seek answers, to find happiness. He discovered secular meditation techniques that create psychological inner peace and independence. These techniques do not utilize or require a belief in the supernatural. They discourage dependence on externals. What’s more, the psychological benefits they promote have been corroborated by neuroscientific enquiry. Buddhism is considered the fourth largest religion in the world, but the meditation techniques Siddhartha developed (including mindfulness meditation and vipassana) are practiced by people of all religions; this is the key to what he discovered. His prime directive was to not worship God(s), but to learn inner peace, instead.

I helped found the Association of Mindfulness Meditation and Secular Buddhism because so many Traditional Buddhists love the rational, reason-based stuff that Buddha discovered, but they can’t take the rites, rituals and supernatural beliefs. I want all Buddhists who are atheist or agnostic, who are godless, who do not believe in the supernatural, who distrust gurus and abhor pseudoscience to come together. I think that Secular Buddhism is what Buddhism was supposed to have been, had it not mixed with cultures that believed in supernatural things. We are “hacking” Buddhism: literally creating a reformation that’s transforming religion. This movement is akin to Christianity’s reformation, but it is without bloodshed and it’s led by atheists. Can you imagine this, atheists are reforming the fourth largest religious cult in the world, from the inside out. This is a first in history!

After I studied with Goenka, I met other teachers, and most of them believed in reincarnation, in the things mentioned above, but some did not. Most of them didn’t require that we believe in it. I found out that Buddhism is about practice, not beliefs. Eventually, I stopped believing in karma, because it made no sense to believe in a hypothesis, no matter how attractive it might be. Contrary to what many people think, there is no uncorroborated proof that reincarnation is real, and this is part of the message that Secular Buddhism helps spread.

SC: Why Secular Buddhism? Why not just meditate?

MWG: Unfortunately, now that meditation has become popular, all sorts of people practice and teach meditation, including mindfulness meditation. I don’t recommend learning meditation from a teacher who has less than 10 years’ experience, from a book, or from a website. A long course is the best way to go. Besides, whereas meditation has been infiltrated by theism and pseudoscience, Secular Buddhism is the gold standard. If a source claims to be Buddhist and it refutes God(s), gurus, uncorroborated faith-based beliefs, pseudoscience and supernaturalism, then it is legitimate Secular Buddhism. Otherwise, it is either Traditional Buddhism, or something else all-together: “buyer beware.”

SC: If someone wants to find or join a Secular Buddhist or mindfulness group near our local CoRs, how would they go about this?

MWG: The Association of Mindfulness Meditation and Secular Buddhism (www.AMMSB.org) monitors, researches and recommends groups, courses, techniques, text/audio/video materials, and teachers. We will soon have a website that highlights and rates these deliverables according to how secular they are. This will include user feedback. Please contact us if you would like to help with this project, or if you would like a group to be evaluated. The direct website is: www.SkepticsGuideToMeditation.com.

SC: Congratulations on your new appointment to Vice-President of the Atheist Alliance of America. What vision do you have for yourself in this new role?

MWG: The Atheist Alliance of America has been helping the atheist community for more than 20 years to transform our society into one that supports and promotes an atheistic worldview. We stand for a secularism firmly based on the values of reason, empiricism and naturalism, and a society that demands justice, respects the wellbeing of all living things, protects the environment, and supports the separation of church and state.

Our new President, Melissa Pugh, and I, along with our members, affiliates and Board, are focusing on new ways to achieve these goals. We realize that the key to continuing to help our community is to follow our vision, to clear obstacles for our team and our community, and to continue to build alliances that achieve these goals. Above all, we welcome volunteers and partnerships that will help us make the world a better place.

Thanks to Mark W. Gura of the Association of Mindfulness Meditation and Secular Buddhism and the Atheist Alliance of America for taking the time out of his work, family and volunteer commitments to give UnitedCoR an interview. Be sure to follow Mark on Twitter and on Facebook.

We look forward to reading the next edition of the AAA’s magazine, Secular Nation!