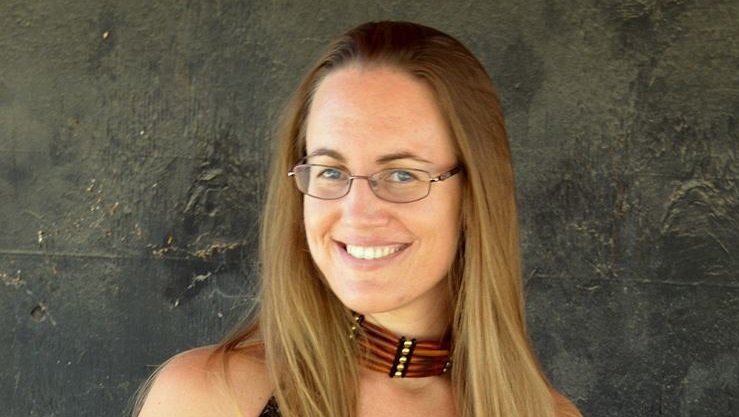 Near the end of February, we received a press release from a newly-forming group named Republican Atheists, asking us to help them find some Board members. From this press release, we’ve had the opportunity to learn more about their president, Lauren Ell. (As UnitedCoR is a non-partisan organization, the views expressed in this interview are those of the interviewee and do not necessarily represent or reflect the views of UnitedCoR.)

Lauren has identified as an atheist for over a decade and registered as a Republican in 2015. She has attended meetings hosted by Morongo Basin Freethought in Yucca Valley, CA (close to the Inland Empire CoR) and has been a contributor to Facebook group Temecula Valley Atheists.

Lauren was born and raised in Southern California and currently lives in Sweden most of the year. Her education background is in Marketing and Geology. Lauren is a business owner and works as a marketing consultant. Some of her previous projects include being a Youtuber travel guide, a livestream host for a documentary viewing community, and journalist and broadcaster focusing on solar development in the Mojave Desert.

Lauren has a history with epilepsy and is proud to say that has been seizure-free for three years.

UnitedCoR: Tell us a little bit about yourself as to what brought you to openly identify as an atheist.

Lauren Ell: I grew up in a casual non-denominational Christian household with a non-religious father and an “easy-going” Christian mother that took my siblings and me to church a few times a year.

I made the personal decision to be more committed to Christianity in my early teen years after being invited to church by my peers. I attended youth group regularly, was a participant in my high school’s Christian club and even went to Mexico on a mission trip with my church. I listened to Christian punk music and published a punk-themed Christian magazine. I regularly attended Christian punk concerts in Southern California and jumped in mosh pits occasionally.

When I was eighteen I started feeling I wasn’t living up to standards of being a “true follower of God” according to my church’s reasoning. I wasn’t speaking in tongues despite my efforts and I wasn’t jumping out of bed in the morning praising God for the abundance in my life. I began feeling guilt for not meeting these standards and that weighed heavily on me.

I decided I wanted to live a fulfilling life with no regrets. That was when I dropped religion and the concept of the existence of a higher spirit.

UnitedCoR: Some people have said that it’s impossible to be a Republican and an Atheist. What do you think of this opinion?

Lauren Ell: Many associate the Republican Party with conservative religious expression but do not acknowledge that the Republican Party became more religious-focused during the Reagan era in the ‘80s. This shows that political parties are dynamic and change depending on the input of its members. A similar example can also be noted by how some people in the Democrat Party worked jointly with the Ku Klux Klan after the Civil War, yet today it is championed as the party of civil rights.

UnitedCoR: What are some of the most prominent political issues that have come to the surface prior to the recent election, currently and possibly in the future that Republican Atheists can address?

Lauren Ell: A big draw for people to join the Republican Atheists is to address the growing civil unrest across the country such as people blocking roads, damaging private property and attacking people at political events. As much as we would prefer to discuss other critical issues, halting violence and control of public space has become a priority.

Atheists are also focused on freedom of speech. Many atheists do not support efforts on college campuses to undermine conservative-leaning speakers as well as efforts to control the speech permitted on campus. Giving a public platform to discuss differing thoughts and opinions is critical for advancement.

Immigration management is another prominent topic in conservative atheist communities considering the west recently experienced the largest mass migration since World War II which also incorporates the issue of extremism within Islam. It is important that we acknowledge how other countries are managing migration and use this information to influence US migration policies.

UnitedCoR: We know that large scale immigration issues are of particular interest to you. How can non-believer communities in America–as well as abroad–make a positive contribution towards these issues? What sense of non-theistic ethics can you appeal to?

Lauren Ell: Non-believer communities can make a positive contribution to immigration issues by emphasizing the importance of communicating about immigration. It is not racist or “Islamophobic” to discuss the culture of the people entering your country or their background. It is much like a home owner questioning the background of a potential tenant before allowing him or her to stay. This process has not been permitted during mass migration which has been problematic.

The current strategy of silencing people who have concerns about migration and forcing acceptance is backfiring. Understanding more about the people entering your country means more safety in your community as well as being more instrumental in helping migrants integrate and become self-sufficient members of society. The non-theistic ethics this appeals to is learning, gaining understanding and developing an efficient strategy so all involved parties can cooperate.

UnitedCoR: Considering your own health issues do you have concerns for the current redesigning of the affordable healthcare bill. Are there any practical ways that local non-believers could help to ensure that everybody receives the care and quality of life to which they are entitled?

Non-believers can encourage legislators to create a path for the health insurance free market to re-emerge and to diminish government involvement. This will allow the insured to have more freedom in choosing ideal affordable health insurance that does not entail restrictions or bureaucratic challenges established by the federal government.

Finally, the non-believer community can broaden its knowledge of health care by analyzing how other countries operate. Countries like Sweden and Norway may offer universal health care, but ask questions such as what is the quality of that health care? How long must a person wait to receive care? You may be surprised by what you learn.

UnitedCoR: Given your experiences outside of America, how do people that you work with interpret the words “atheist,” “humanist,” “skeptic” or “secular”? Are their views different from how people interpret these terms in the States?

Lauren Ell: I tend to not speak to Swedish people about my personal views in order to prevent myself from being alienated. I have not reached out to atheist groups in Sweden or have spoken about the subject with Swedish people. Atheism is really not a “thing” in Sweden like it is in the United States, at least in the less populated Northern region where I am located. Religion tends to be an interest of older generations, a similar occurrence happening in the United States. I will admit, however, since I have been in Europe I thoroughly enjoy visiting old churches and cathedrals that have mostly become tourist destinations.

We appreciate that Lauren has taken the time from her schedule and work to provide us with an interview. We’d invite people to check out Republican Atheists on their website, Facebook and Twitter to learn more.

Disclaimer: UnitedCoR has no affiliation to any political party. The views expressed in this article are solely the author’s opinion and are not a reflection of the official policy, position or an endorsement from UnitedCoR.