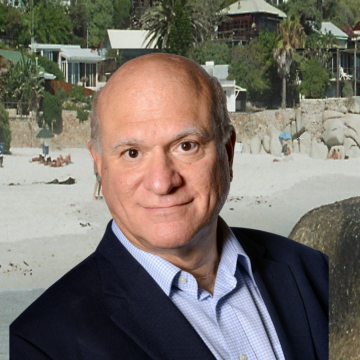 The Evolution Institute is the major national think tank dedicated to applying evolutionary science to public policy recommendations. They have 170 contributors and are endorsed by celebrities including Pulitzer Prize winning authors Jared Diamond and E. O. Wilson. Their president, Jerry Miller, granted us this interview.

UnitedCoR:  How did you get involved with the Evolution Institute?

Jerry Miller: I am an industrial psychologist and worked in the business world for years – large-scale school tutorisms, and have a research background that is a good fit for the research conducted by the Evolution Institute. I moved to Florida and worked at the University of South Florida in the Tampa/St. Pete area for years. As I was interested in community work, I discovered Jerry Lieberman and the Evolution Institute.  I became an unpaid volunteer 20 years ago with them.

UnitedCoR: Your major projects include the Urban Initiative and the H.O.P.E. Learning Center. Could you explain them for our readers?

Jerry Miller: I am very involved with this exciting project. It has morphed into an early learning center – bricks and mortar – and this is what we are planning. It has also resulted in unusual marriage with a Mentalist Faith Based Church – the Bible Truth Ministries – we’ve helped them somewhat to form curriculum for their K – 12 school that they run at their church and brought them to our conferences that we’ve had regarding early childhood education.

This has been going on for some time.  Because of the long-term relationship there is mutual trust, mutual respect for what everyone is trying to do and common cause in terms of making the community a better place. The church received land through the city of Tampa and we see this project coming to fruition. They’ve poured the foundation and the goal is to turn this into an early learning center for ages 3-through 8.

UnitedCoR: When do you plan to open the school?

Jerry Miller: We are scheduled to open in the fall of 2017 and will work in partnership with the church on our stakeholder board well as working closely with local school districts and community agencies. We will have a science advisory board — in fact, some of the best researchers on early childhood development, early literacy and learning.

In the building itself, there will be space for neighborhood and civic associations to have offices or hold meetings. We will have a science advisory board from across the country … and the idea is to the extent possible, run H.O.P.E. like a public school with enrollment and public funding… we probably have to do fundraising as well… to make sure we have the quality we want… but the whole design is basically developed through the lens of science in terms of the classroom and through the lens of the community partners especially in terms of parent engagement and identifying each student’s needs and things of that nature.

Its one of those partnerships that when everything works you are able to translate the science in a way that makes sense by then bringing community partners in.  Then, they can help shape the way the information is supplied and give us the feedback we seek.

UnitedCoR: Will you use the school to recommend a model that can be used nationally?

Jerry Miller: We need to keep our focus to get this one project off first and make sure it works. We are designing it so it can be replicated. In a year’s time we will be in a better position to say what works and what doesn’t going forward. People are welcome to check out our website and find out more as time goes by.

UnitedCoR: What is your Seshat Global History Data bank project?

Jerry Miller: Seshat was the Egyptian goddess of writing – cataloging, keeping track of calendars and so forth. We thought hers was a great name for this project – this database.

If it works like we think, it will really transform how we are able to study history and historical events. And it will provide empirical data that can be tested. It’s very exciting. This project involves several dozen researchers from across the world.  The data can be used to test various theories for historians and archeologists all in one systematic database over long time periods. We are gathering this huge amount of information and making it available through the Internet.

You can find the Evolution Institute and their outstanding magazine at www.evolution-institute.org.