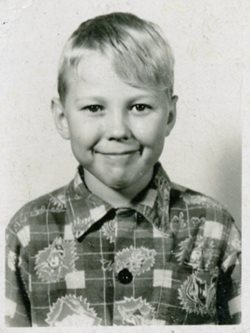 When more than twenty atheist-themed billboards were placed in Sioux Falls, SD four months ago, media as far away as California reported the story! It’s been a privilege for UnitedCoR to help create the media interest for this billboard campaign, as well as to meet the person who has sponsored these billboard campaigns.

Dale graduated from college with Bachelor of Science Degrees in Physics and Psychology in 1969. He then worked as a Laboratory Supervisor and Project Engineer at Graco Inc. for 28 years. While working with Graco, Dale registered 5 engineering patents utilizing high voltage physics, and another 40 disclosures. After leaving Graco in 1998 Dale became a webmaster at Prime Resource Group before retiring in 2006. He moved to Sioux Dakota in 2008 and launched the Sioux Falls Free Thinkers, Sioux Falls Atheists, Sioux Falls Scientists, Sioux Falls Zoologists, and Sioux Falls Feminists websites on Dec 26th, 2013. All of these websites embody Dale’s core beliefs and principles, and the purpose of the websites it to raise the public’s awareness of the many issues and knowledge addressed by them.

UnitedCoR: How did you become an activist in South Dakota?

Dale Hemming: When I was 5 years old, my father told me in church that I had to love and fear God. In my mind, even then, this was a glaring contradiction.

I remained skeptical of God and religion until 1965 when I was 21 in college when I read the works of Ayn Rand, which convinced me there was no God even though I rejected the rest of her philosophy. I have been open about the fact that I am an Atheist with all those I have dealt with in my life: relatives, friends, at work, or at any other organization I have ever belonged to.

I fell in love with science when I was reading adult science fiction books in grade school in the early 50’s even after being warned not to read them. I was fascinated by science even more when in 1955 in 6th grade I found a 300 million-year-old Trilobite fossil in a sandstone gravel pit across from where I lived by a lake in the country. I was amazed to find out that I knew more about these creatures than my science teacher at school did.

I became a feminist in 1960 in junior high school, arguing against the sexual double standard (boys were supposed to have sex with any girl they could, and “good” girls were never supposed to have sex before marriage, only “bad” girls did), which made me unpopular with both the boys and the girls at that time. I also served as a volunteer every Wednesday evening at Women’s Advocates in St. Paul starting in 2002, lasting until I moved to South Dakota in 2008. There I saw first-hand the horrible physical injuries of domestic violence and child abuse. Women’s Advocates was founded in 1976 as the first shelter for abused women and children in the United States. I’ve been active in social issues my whole life in Minnesota, and my activism here in Sioux Falls is just a continuation of that activity.

UnitedCoR: What Sioux Falls groups do you work with? 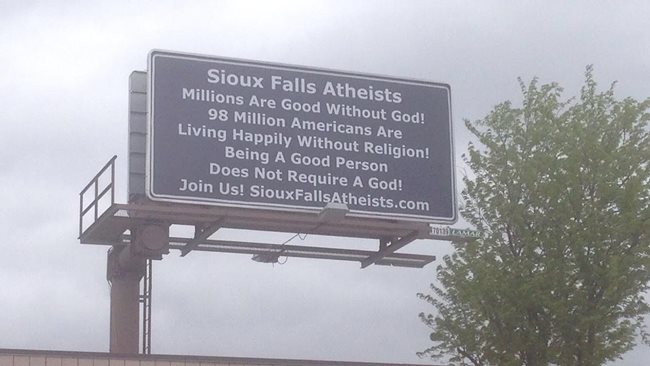 UnitedCoR: What challenges are specific to your context in Sioux Falls?

Dale Hemming: South Dakota is the 12th most religious state. Just mentioning being an Atheist here can get you ostracized and even “laid off.” There is deep-seated fear and hatred of atheists by some. In 2011 South Dakota had the highest rape rate in the nation. It’s improved slightly since, but South Dakota has refused to process rape kits. I guess that’s one way that religious establishment in our government has chosen to reduce the rape rate, but it’s not a real solution.

UnitedCoR: What are your groups’ most memorable achievements?

Dale Hemming: Meeting attendance can be low for all of the five groups, but the visitors to the five websites (1,436 pages total) are growing constantly with over 4,300 visitors and over 22,000 pages read last month. This was driven by the Sioux Falls Scientists Global Warming and Evolution billboard campaign. The websites reference over 4,400 science and other news articles, over 300 books, over 650 movies (mostly documentaries), and over 100 college level lecture series. I am confident that this rise in viewers will lead to new membership.

UnitedCoR: How do you hope Sioux Falls will change in 5 years?

Dale Hemming: Much more acceptance of Atheists and other non-traditional belief systems in Sioux Falls. I also want to see a large reduction in domestic violence, rape, child abuse, and child sexual abuse in Sioux Falls. 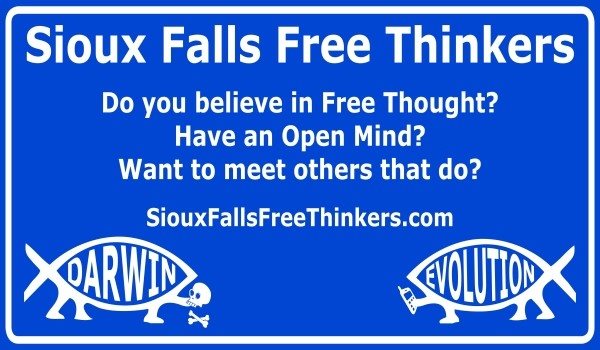 UnitedCoR: What major activities do your groups take part in?

Thanks goes to Dale Hemming for his interview, providing us an insight into his billboard campaigns, as well as his vision for improved acceptance of non-theism in South Dakota. We wish you the best with your future billboard campaigns and are pleased to have been able to play a part with increased visibility of your message and local outreach.