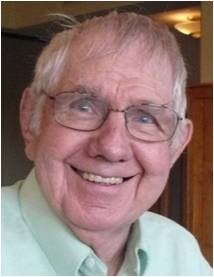 In our last newsletter, we featured the first half of a presentation from Ron Knapp of the Omaha Coalition of Reason. We’ll conclude Ron’s presentation on Naturalistic Humanism in this edition of UnitedCoR’s newsletter:

“Know then thyself, presume not God to scan,” wrote the 18th century poet, Alexander Pope in his epic poem, “An Essay On Man,” “The proper study of mankind is man.” “Know then thyself:” I suppose that is the starting place for my thoughts on humanism. What is my place in the world? What is my place in the universe? And by extension, what is the place of each of us and every human being in the world and in the universe.

“Other minds, other worlds from the same monotonous and inexpressive chaos. My world is but one in a million.” wrote William James, in his Principles of Psychology, and then concluded, “How different must be the world in the consciousness of ants, cuttlefish and crab.”

We cannot share in the consciousness of ants, cuttlefish and crabs. Their being is in their world. Human being is in our world. And it is that being that I celebrate as a humanist. The only world we can know is the world as processed through the eyes, and ears, and brains of human beings. In a sense, we live in a human world—that is, what we are, or think we are, what we know, or think we know, is only that which can be processed through the human perceptual apparatus, through that mysterious something which we call “the mind,” through the human way of being in the world.

Now, the word “humanism” can be a very difficult, a very slippery word. It can mean a lot of different things to different people. Many people, who share our view of the world, reject the word–“humanist”—because it seems, almost invariably, to suggest that there is something special about human beings, something special about human being. During the nineteenth century, much of humanism focused on the idea that we were the leading edge of creation, the leading edge of evolution. At the turn of the twentieth century there were two common slogans among Unitarians, and I expect, among other free thinkers as well: “Onward and upward forever” and “Every day, in every way, we are getting better and better.”  And then came World War I, with its carnage, followed by World War II and the holocaust, the rape of Nanking, Dresden, Nagasaki, Hiroshima. Things do not necessarily get better and better. Onward and upward forever was a tragic delusion.

Any valid humanism needs to make it clear that although we may be special to our selves, and our species way of being, we are in no way special in, or to, the cosmos. We are not the be all and end all of creation. Nature did not design us to be the lord of creation. We are not the top of the evolutionary heap. I reject all such thoughts. We are only one of millions of life forms that have emerged on this planet, each with its own way of being in the world.

When I think about what might be the very acme of evolutionary life, and when I understand that one important principle of evolution is adaptation to environment, it occurs to me that the lowly cockroach might be a top candidate for consideration as the cream of the crop! After all, the cockroach seems perfectly adapted to its environment; it has been around for thousands and thousands of years and has not had to change.

But we are here. We exist. That is of the essence of my humanism: a humanism which is embedded in a much larger naturalism which I have tried to outline in these remarks. A person should proceed through life, according to an old Jewish parable, with two notes, each in two different pockets.  At various times, depending upon circumstances, that person should reach into one pocket, or the other, and read one of the notes. The note in one pocket reads, “I am the center of the universe.” We all experience the world from the center of our own being. The note in the other pocket reads, “I am dust and ashes.” In the cosmic scheme of things we are of little or no importance.

I need to bring these remarks to a conclusion, but I also want to briefly share two additional thoughts: thoughts about the human condition and thoughts about ethics and morality.

To everything there is a season, and a time to every purpose under the heaven:

Two centuries ago, the poet, William Blake added, “Every night and every morn, some to misery are born; Every morn and every night some are born to sweet delight.” One cannot look honestly out at the world without the realization that this is the human condition. We are born and we die. That is true of everyone. Some however are born to live long and others to die young. Some live in luxury—like us—and others live in abject poverty—like many in the third world. Babies in some parts of the world are well nourished while babies in other parts of the world—by the thousands—die of starvation every day. Some people, to use Blake’s words know mostly “sweet delight,” others know little else but misery.

From the perspective of naturalistic humanism, life is not fair. Fairness is not a cosmic value, it is a human value. The universe does not care about such things, but we ought to care.

From the perspective of naturalistic humanism, our values—our ethics, our view of morality—do not come naturally from the cosmos. They do not come from a god or gods. Rather they arise out of human experience, out of human musings, in the context of evolving history, about what is good, what is true, what is beautiful. In an important sense they are not gifts of the universe to humanity, they are gifts of humanity to the universe.

One ancient example of this is what we call the “golden rule.” It seems to me to have arisen out of numerous cultures, and diverse religions, from around the world. In Christianity the Golden Rule says, “Do unto others as you would have others do unto you.” I think I prefer the Confucian example of the Golden rule, which is expressed in negative terms: “Do not do unto others that which you would not want others to do unto you.”

I don’t remember much about what I learned in theological school, but I do remember something I learned from a course on the social thought of Reinhold Niebuhr. Justice, Niebuhr suggested, is a relative approach to love. What I gather from this is that you cannot love everybody but you can be universally just.

A second example of ethics arising out of human experience – this one comes from the twentieth century—is something that will forever be identified with Eleanor Roosevelt: The Universal Declaration of Human Rights. Of course the Universal Declaration of Human Rights is observed more in the breech than it is in practice, but it is the first time—in a worldwide sense—that human beings have come up with a code that expresses a universal ethic.

Here is another page from my loose-leaf bible that might put these thoughts into sharper focus. It is from John Dewey and his book, A Common Faith.

The ideal ends to which we attach our faith are not shadowy and wavering. They assume concrete form in our understanding of our relationship to one another and the values contained in those relationships. We who now live are parts of a humanity that extends into the remote past, a humanity that has interacted with nature. The things in civilization we most prize are not of ourselves. They exist by grace of the doings and sufferings of the continuous human community of which we are a link.  Ours is the responsibility of conserving, transmitting, rectifying and expanding the heritage of values we have received that those who come after us may receive it more solid and secure, more widely accessible and more generously shared than we have received it.

All life on earth is the result of a single process of evolution on this particular planet.   We are children of the earth. Everything that exists is part of the unfolding of the natural and physical universe. We are children of the universe. What we think and what we know, including our thoughts about the human condition, and about our value systems, arise out of our place in the universal unfolding of the cosmos. We are the heirs of the accumulated history of the human species.

Here we are, you and I, and the millions of people and animals about us; the Innumerable atoms which make up our bodies, blown as it were by mysterious processes together, so that there has happened just now, for everyone of us, the wonder of wonders, we have come to life. And here we stand, with our senses, our keen intellects, our infinite desires, our nerves quivering to the touch of joy or pain: beacons of brief fire, burning between two unexplored eternities.  What are we to do with this wonder while it is still ours?