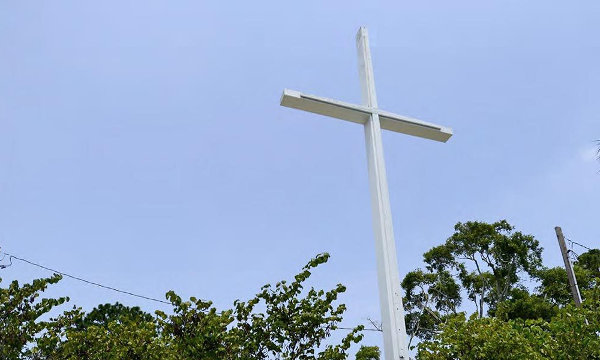 What’s better than being awarded $1 in damages? Having a cross taken down from a public park!!

Gulf Coast Coalition of Reason, working with the American Humanist Association and the Freedom From Religion Foundation, successfully sued to have a 48-year-old cross removed from the public park on the notion that not every American is a Christian. More specifically, the US Constitution’s Establishment Clause prohibits the establishment of religion by government. Even though it only costs $233 a year to keep the cross painted and lit at night, the burden on the taxpayer was also a factor.

Better to have it removed than to have “representation” by putting up a 20-foot tall atheist “A” (and/or symbols from every other sincerely-held belief in the diverse religious community represented)!

Read all about it in the Pensacola News Journal.