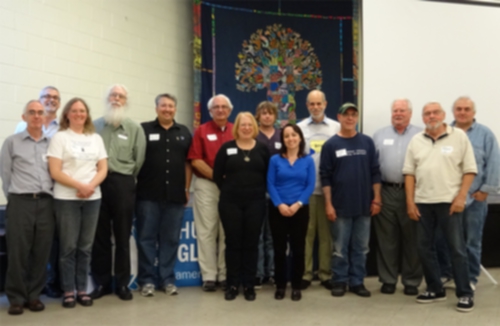 The first annual Connecticut Secular Leadership Summit held on Saturday September 20, 2014 was an overwhelming success thanks in no small part to Mike Werner and Tanya Barrett, who organized the event.  Approximately 25 leaders and aspiring leaders from secular organizations across the state attended the event.  Mike Werner gave an excellent presentation in the morning with tips on leading secular groups.  This was followed by lunch and some networking time, during which several important connections were made between groups.  After lunch the CT Coalition of Reason held its monthly board meeting, which allowed each of the groups to hear what initiatives the CT Coalition of Reason was working on and more about each of the member groups.  Someone from each of the groups gave an overview of the group, what programming and ideas they had found successful, and some ideas for future initiatives/programming.  Mike Werner concluded the day with a brief (due to the timing) but thought-provoking talk on ethics.

Feedback from folks that attended indicated that they found the event very helpful.  Attendees felt like they could immediately apply some of the tips suggested by Mike Werner and they appreciated the inter-group brainstorming.  Several individuals have plans to work together on programs, and others are planning to work together to launch a new group in the “quiet corner” of Connecticut (the northeastern corner of the state which currently does not have a secular group).  This event demonstrated the value of the coalition and will serve as an additional mechanism for fostering future group cooperation.