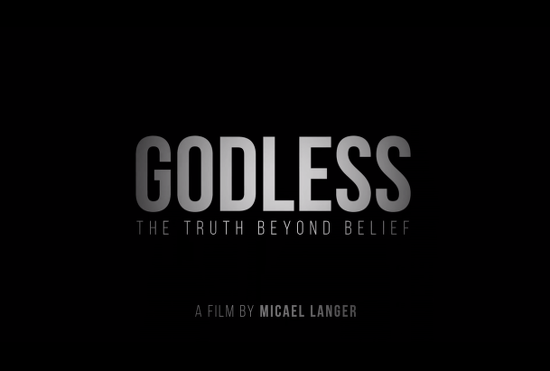 International filmmaker and producer, Micael Langer, has launched a crowd funding project to raise support for his upcoming film, GODLESS: The Truth Beyond Belief. The documentary carefully investigates the reality of atheists in America and around the world, showing how misconception, prejudice and political agendas tear down families, neglect human rights and even kill, all in the name of a “greater good”. “The word “atheist” carries such a stigma that even atheists themselves are trying to avoid it, using terms like agnostic, secular, freethinker, skeptic, non-believer. Some people even respond in surveys that they don´t believe in god but are “not an atheist!” explained Micael Langer, Director and Producer of GODLESS: The Truth Beyond Belief. “I decided to take upon myself to promote this discussion, in the hopes that if enough people are confronted by this kind of information, we can actually create positive change. There are millions of people around the world who feel alienated, insecure and intimidated by this “believers’ regime”. Some are in real danger, as we’ve recently seen in Bangladesh where secular bloggers were hacked to death on the streets.”

Langer explained what makes this documentary different to other atheist films that are currently available to view. “This documentary is unique because it does not debate the existence of a deity, or the place of religion in our modern world. Instead, it shines some light on a problem that many people choose to ignore, which can be the cause of great personal grief, which can tear families and relationships apart, or—even in the 21st Century—can have a person sentenced to death. At the same time, this is not a documentary only for atheists. If we can show religious believers how they might be intolerant towards atheists, then I think we’ve accomplished our mission.”

“We non-theists are essentially like everyone else,” added Executive Director of the United Coalition of Reason, and one of the featured interviewees in the documentary. “Being visible and vocal is important to non-theists, because in our society, non-theistic people often don’t know many others like themselves. Despite how some people in the media try to type-cast and portray non-theistic communities, we’re your friends, neighbors, co-workers and family members. All we want is a place at the table for our ideas and sincerely-held beliefs, too.”

For more information about the documentary and its crowdfunding campaign, please consult: https://www.indiegogo.com/projects/godless-the-truth-beyond-belief–2#/

Working in advertising, TV and cinema for over 15 years, Micael Langer established himself as a director since 2004. He’s been a TV director for Rede Globo, Brazil’s biggest TV Network since 2011, and now is fully dedicated to this project, but taking eventual freelance jobs in the meantime. His last documentary, Simonal–No One Knows How Tough it Was, had a great career in international festivals and won many awards. www.godlessdoc.com