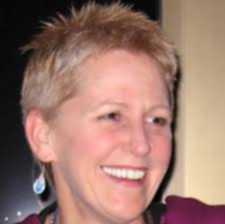 (Charlotte, North Carolina, October 1, 2013) Atheists, agnostics, freethinkers and humanists from all over the Carolinas and beyond arrive Friday at the Hilton Charlotte Executive Park hotel, 5624 Westpark Drive, Charlotte, North Carolina, for the Carolinas Secular Conference. The event runs through the weekend of October 4-6 and marks the formal launch of the host organization, the Charlotte Coalition of Reason (Charlotte CoR), an alliance of the following eight nontheistic (atheist and agnostic) organizations in the area:

A highlight of the event will be presentation of the Carolinas Freethinker of the Year Award to Sue Kocher of the Raleigh-Durham area, North Carolina. (For a photo of the award and its recipient, go to see the right sidebar).

Kocher is a founding member of Triangle Freethought Society, has served on its board since the group's inception in 2009, and is a lead project organizer, activist and public relations specialist. She led the group's participation in its protest against Amendment One and Moral Monday. Kocher was also the production manager for two documentary film projects with filmmaker Scott Burdick: "Sophia Investigates The Good News Club," which was featured this year at the Atheist Film Festival in San Francisco, and "The March of Reason," a five-part video documentary series filmed at the Reason Rally in Washington DC and Rock Beyond Belief at Fort Bragg, North Carolina–both events in 2012.

The award will be presented at the Saturday night banquet, 8:00 PM, October 5.

The conference theme is "Coming Out," being a call for nontheists to be more public about their views.

"It is only by coming out that we can let the world know that there is a growing community of nontheists in the Charlotte metropolitan area," said Steve Bivens, coordinator of Charlotte CoR. Speaking last week, he added, "The general public does not realize that we are their friends, neighbors, coworkers and family members. And we should be as free as anyone to express our views openly."

The conference is also being offered as a way for nonreligious and nontheistic people to learn they aren't alone.

"Nontheists sometimes don't realize there's a community for them because they're inundated with religious messages at every turn," said Fred Edwords, national director of the United Coalition of Reason (UnitedCoR), the Washington DC-based parent organization of Charlotte CoR and a funder of the conference. "Being visible is therefore important to us."

Featured conference speakers include Margaret Downey, former president of the Atheist Alliance International and founder and president of the Freethought Society; Mike Werner, former president of the American Humanist Association; Katherine Stewart, journalist and author of "The Good News Club: The Christian Right's Stealth Assault on America's Children," Amanda Knief, managing director and in-house counsel for American Atheists; and singer/songwriter Shelley Segal, internationally known for "An Atheist Album." A full list of speakers, along with registration and other information, is available on the conference website at www.CarolinasSecularConference.org .

The launch of Charlotte CoR as the local host of this conference is part of a national campaign by United CoR, which has aided regional conferences of this type all over the country and has organized over 70 coalitions of reason in 35 states and the District of Columbia.

"The point of our national awareness campaign is to reach out to the millions of nontheists living in the United States and let them know there is a local community of like-minded people waiting to welcome them," Edwords concluded.

The Charlotte Coalition of Reason ( www.CharlotteCoR.org ) is a resource for freethinking people, uniting the various non-theistic groups throughout the Greater Charlotte metropolitan area.

The Carolinas Secular Association ( www.CarolinasSecularAssociation.org ) is a coalition of secular, humanist, nontheist, and skeptic groups across the Carolinas who have come together to create and foster a closer-knit community and to promote the continuing growth, open engagement, and public acceptance of the secular community. The Carolinas Secular Conference is their annual event.