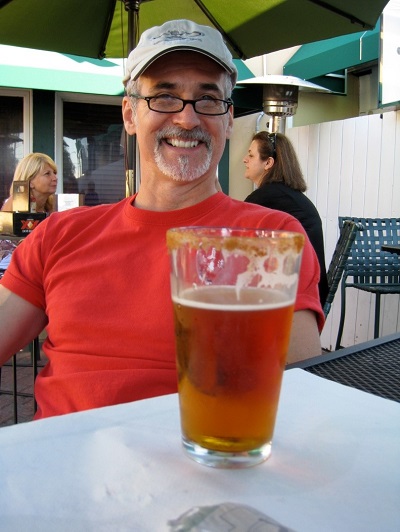 UnitedCoR wishes to acknowledge a generous gift received from Pat McCann—Coordinator of the Connecticut Coalition of Reason. Pat was able to secure a matching gift from his work at Pfizer, thereby increasing the amount UnitedCoR received.

Pat McCann is a life-long Atheist and Humanist who only recently found his activism groove. As a current co-chair of the Connecticut CoR and president of the Hartford Area Humanists, his focus is on building a thriving secular community in his home state. Pat feels that the recent Pew poll result is an inflection point in the demographics of our society that will create a groundswell of people coming out of the closet and he wants to be ready for them, in order to make their transition into secularism as smooth as possible. Pat also focuses his energy in the political area in Connecticut, working to engage representatives at all levels to help build awareness and normalize secularism in their minds. He spent the early part of the year battling—albeit losing—with the Connecticut Governor’s office on the Connecticut CoR Darwin Day proclamation request. After losing that fight, Pat quickly followed up by sending the inaugural Connecticut CoR newsletter to the Governor, the Connecticut congressional delegation, and his own state representatives to let them know that there is a very large secular community in their state.

Pat’s frustration with that experience also lead him to start a project to have Atheists recognized as a protected class in the state’s EEO policy much the way Madison, Wisconsin recently did. Pat also spearheaded Connecticut CoR’s own “political courage” resolutions, recognizing Connecticut Congressional representatives for sponsoring Darwin Day resolutions in both the House and Senate this year and in the House last year. Pat is also very busy helping to organize Connecticut’s second secular conference scheduled for April 2016. You can also follow Pat on Twitter.

Recognizing that effective local efforts require strong national support, Pat doubled the impact of his donations to United CoR by using the matching gift perquisite at his place of employment. United CoR is  grateful to Pat’s generous gift, matched by Pfizer, and would welcome any other matching gifts that people can secure. All gifts received will be used to enhance the visibility and profile of groups at the local level.

Thank you, Pat, for your generosity and support!