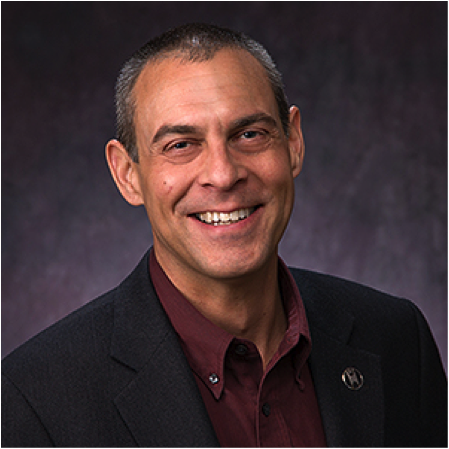 We all know that non-theistic chaplains are working and serving in some of our nations’ universities, but have we had the opportunity to get to know these women and men and to learn about their special work? This past week, I had the opportunity to meet with and interview Rabbi Binyamin Biber—Humanist Chaplain at American University here in Washington, DC. Chaplain Biber is an ordained Humanistic rabbi who, for a decade, served a DC congregation called Machar, the Washington Congregation for Secular Humanistic Judaism (‘Machar’ means ‘tomorrow’ in Hebrew). He was once President of the Association of Humanistic Rabbis – North America and a board member of the Humanist Society—the professional organization of chaplains and officiants active within the American Humanist Association. He is currently a member of the Rabbinic Cabinet of J Street (working for a just peace between Israel and Palestine).

UnitedCoR’s Education Officer and National Coordinator: You started your ministerial career as a Rabbi but then became a Humanist chaplain. What prompted this change and why Humanism?

Rabbi Biber: I began my clergy work as a Humanistic rabbi, as I grew up Jewish belonging to the progressive Reform Judaism movement, and I have been a Humanist since I was 15. So I decided to become a Humanistic rabbi rather than a Reform rabbi, and was trained and ordained by the International Institute for Secular Humanistic Judaism, and then served for 13 years in a DC congregation called Machar. During the economic downturn, the congregation had financial difficulties and was unable to pay my contracted salary, so I increased the number of weddings I did – to earn more income on the side – and also started the Humanist Chaplaincy at American University, hoping to similarly diversify my work and livelihood in this way. I was intrigued by the Humanist Chaplaincy at Harvard, led by my former student at the University of Michigan, Greg Epstein, so I started a similar Humanist Chaplaincy at American University in 2011. Until just a few years ago when Greg got the job at Harvard, I was unaware that one could train or work as a Humanist chaplain. I feel strongly that we Humanists need to develop a multicultural and global movement that actively reaches out the growing number of young people disconnecting with religion, so I felt that re-orienting my work from a rabbinic role to that of a university chaplain was the best way I could see to do this.

SC: You have been working as a Humanist chaplain at American University. How does that compare to being a traditional rabbi?

RB: Working with university students, faculty, and staff is similar to working with a congregation in that my main focus in both settings was on education and counseling. My congregational role did include regular Sabbath and holiday gatherings involving Humanist liturgies, rather than traditional theistic ones. By comparison, the closest thing we’ve done to such events at the university are holiday parties with some candle lighting and sharing, a few demonstrations of meditation and breathing exercises, and some “Sunday Assembly” type events each with a Humanist homily, poetry, story-telling, group singing and dancing. Of course, a congregation is composed of people of all ages, while most of the college students with whom I work are 18-30 years old – a much narrower range of ages.

SC: What kind of skills would you say a chaplain needs to be able to work with students from so many diverse cultures?

RB: Ideally chaplains – whether in a college, hospital, or military setting – would be persons familiar with philosophies and faith traditions in addition to their own, so as to be understanding of and appropriately helpful to a broad range of people encountered in their service. Training in the social sciences and social work are extremely important as counseling and resource assistance are key responsibilities of chaplains in all settings. We Humanist chaplains face additional challenges in that a) religious and secular people alike are often unaware of our work or even opposed to it, and b) our movement organizations have committed far too few resources to the challenge of reaching out to and assisting young people, those in health crises or at life’s end, and those facing the stresses and dangers of military service. Thus, Humanist chaplains must be more resourceful, entrepreneurial, diplomatic, and skilled at bridge-building than chaplains of traditional faith groups who are widely recognized and supported by their respective faith communities and movement institutions.

SC: Can you tell us about a time when you feel your ministry really made a difference, either to you or your students?

RB: There are many occasions when I felt that my chaplaincy work was deeply helpful to my students. I’ll share three. First, I was greatly moved to be able to give support to a newly arrived student whose father died; he thanked me for helping him through his most difficult time of loss, and he told me that he, as a nonreligious person, had never before had a clergy person with whom he could share his feelings, experiences, and concerns. Second, I was so gratified that a young woman of Muslim heritage came every week to the Humanist chaplaincy events I organized, as she struggled with her family of origin expressing their dismay at her coming out as a nontheist, even while she found some value in her Iranian and Islamic cultural heritage; she found our events so important to her that she stepped up and was elected president of the AU Humanist Community student group I helped her create. Third, my students and I partnered with campus groups such as American University Queers and Allies, J Street U (a Jewish peace group), the Muslim Student Association, and the Interfaith Council to show how Humanists can be coalition leaders and contribute in important ways toward efforts for social progress.

SC: If someone was considering becoming a chaplain, what advice would you give them regarding the pitfalls and the pleasures of this vocation?

RB: I have greatly enjoyed my work with my students and my congregants, and with the many people from the wider community who visited both of these Humanist groups. I became a Humanist rabbi and then chaplain to do uplifting nontheistic community building and I have enjoyed the gratifying work and some good measure of success in these endeavors. Alas, one must be patient and take a long view toward the outcomes one may seek. A great challenge facing all who take on such work is that nonreligious people in general, in comparison to religious people, have a lower level of commitment to volunteering and contributing the necessary resources to create robust organizations and institutions. Humanist chaplains, in order to succeed fully, will need to work with other movement leaders to foster a culture of activism and generosity, so that we can appropriately resource our efforts and compensate the dedicated people who staff our organizations, thereby drawing into our movement – as well as developing and retaining – the most capable, talented, committed staff and volunteers. Our movement will struggle with limited effectiveness if we fail to mobilize adequate resources, along with committed volunteers and staff duly compensated with living wages. Thus, generosity and activism are essential to enable our movement and ultimately humanity to flourish and fulfill their potentials.

Thanks to Rabbi Binyamin Biber for taking time out of his schedule to give us some insight into the work of non-theist chaplains. Check back with our newsletter in the upcoming issues to learn more about other nontheist chaplains who are “doing good without a god.”