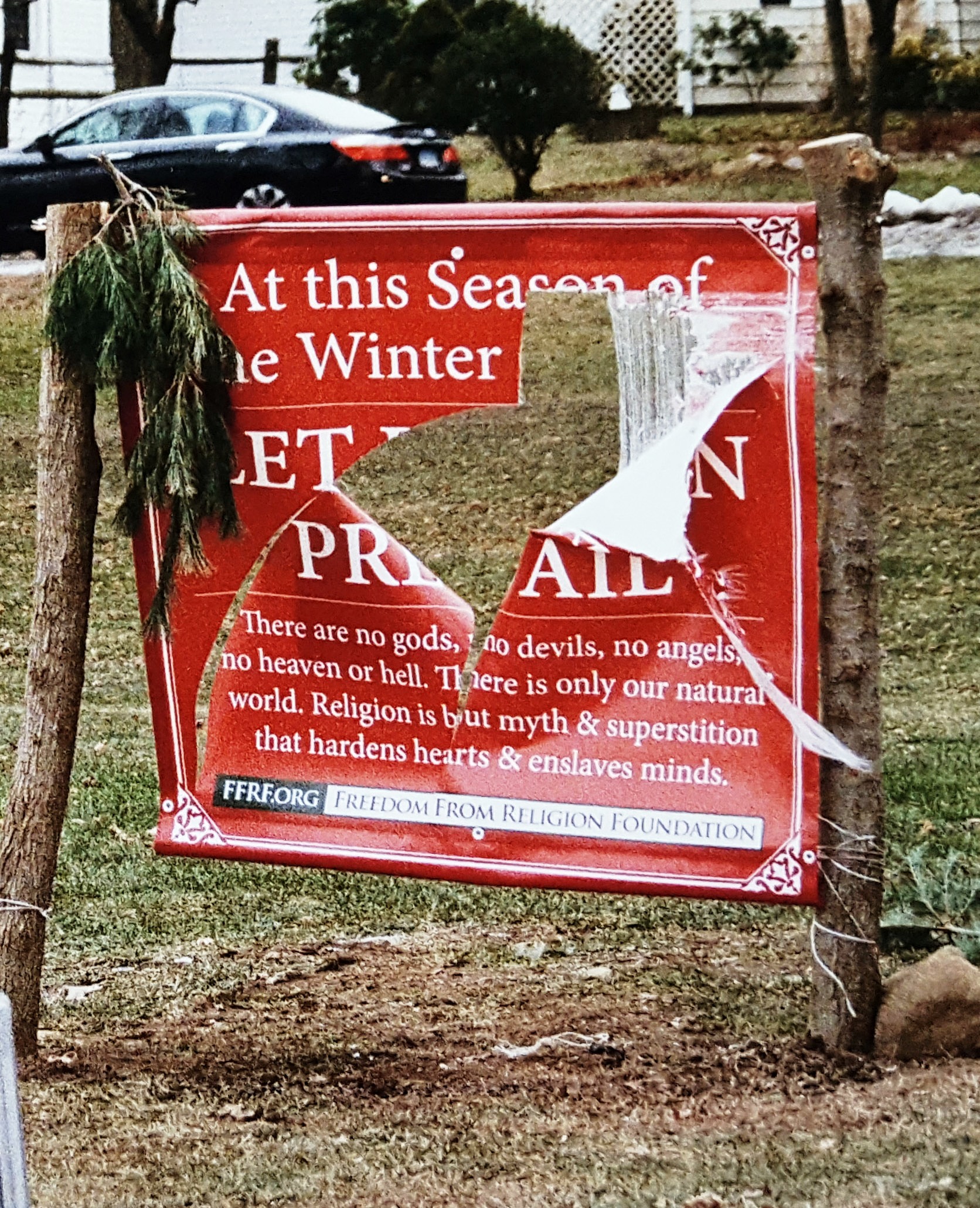 A sign on Shelton’s Huntington Green welcoming the Winter Solstice was slashed, even as a nearly life-size religious display of the crèche remained unscathed on the same town property.  The Freedom From Religion Foundation has posted a $1,500 reward for the arrest and conviction of the vandal.

According to Shelton police, a report of slashing vandalism was lodged and verified last Thursday. An attempt at repair via a stitch was made, and by Monday, when the sign’s two week permit expired, the police reported that the sign was further vandalized.

The town had regularly been displaying angels and crèche on public lands during the winter season. Town resident, Jerry Bloom communicated to the Mayor and town counsel his belief that it was unconstitutional.  Hearing the response that it was a matter of First Amendment rights, he then made application, aided by legal counsel of the Freedom from Religion Foundation. When the permit was finally granted–after a year’s delay–he received help with putting up the sign from Cary Shaw, President, and John Levin, V.P., of the Humanists and Freethinkers of Fairfield County (HFFC) of which he is a member.  As the sign was erected, and afterwards, there were numerous expressions of approval by passersby, but that did not deter vandals.

The winter Solstice, the time at which the hours of daylight in the Northern hemisphere is the shortest, is a universal holiday, where people of every persuasion can celebrate together the return of light and warmth.