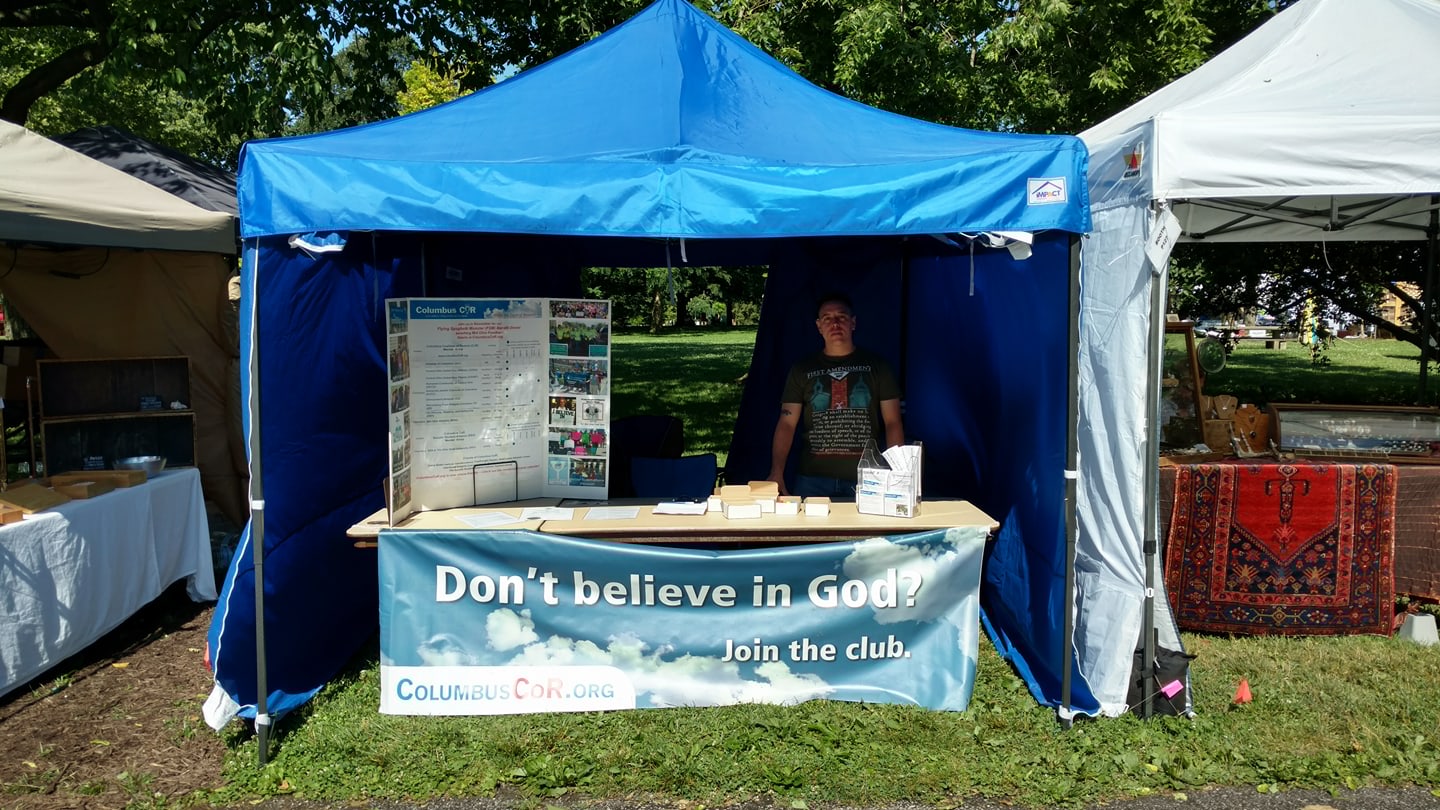 Since 1972, Columbus has had their annual Community Festival, more commonly known as ComFest. The Columbus Coalition of Reason (Columbus CoR) has had the pleasure of participating in the Street Fair since 2014. Every year volunteers have the opportunity to discuss the community and the many events and volunteer opportunities with ComFest attendees and there is usually nothing but warm reception towards Columbus CoR. The festival this year, minus being rained out on Friday afternoon, was the best one yet for public reception as there was hardly any negative comment or interaction from a ComFest attendee. Many festival goers walked by giving volunteers a thumps up for what they were doing and made comments about how happy they were to see a thriving non-theist community. The “Get Out of Hell Free” cards, Darwin stickers, and Flying Spaghetti Monster again were what piqued interest. Over 60 visitors signed up to be sent Columbus CoR information and volunteers worked over 80 hours in the booth. Columbus CoR is eager to sign up for next year as soon as applications are available.

*Some volunteers belong to more than one group.