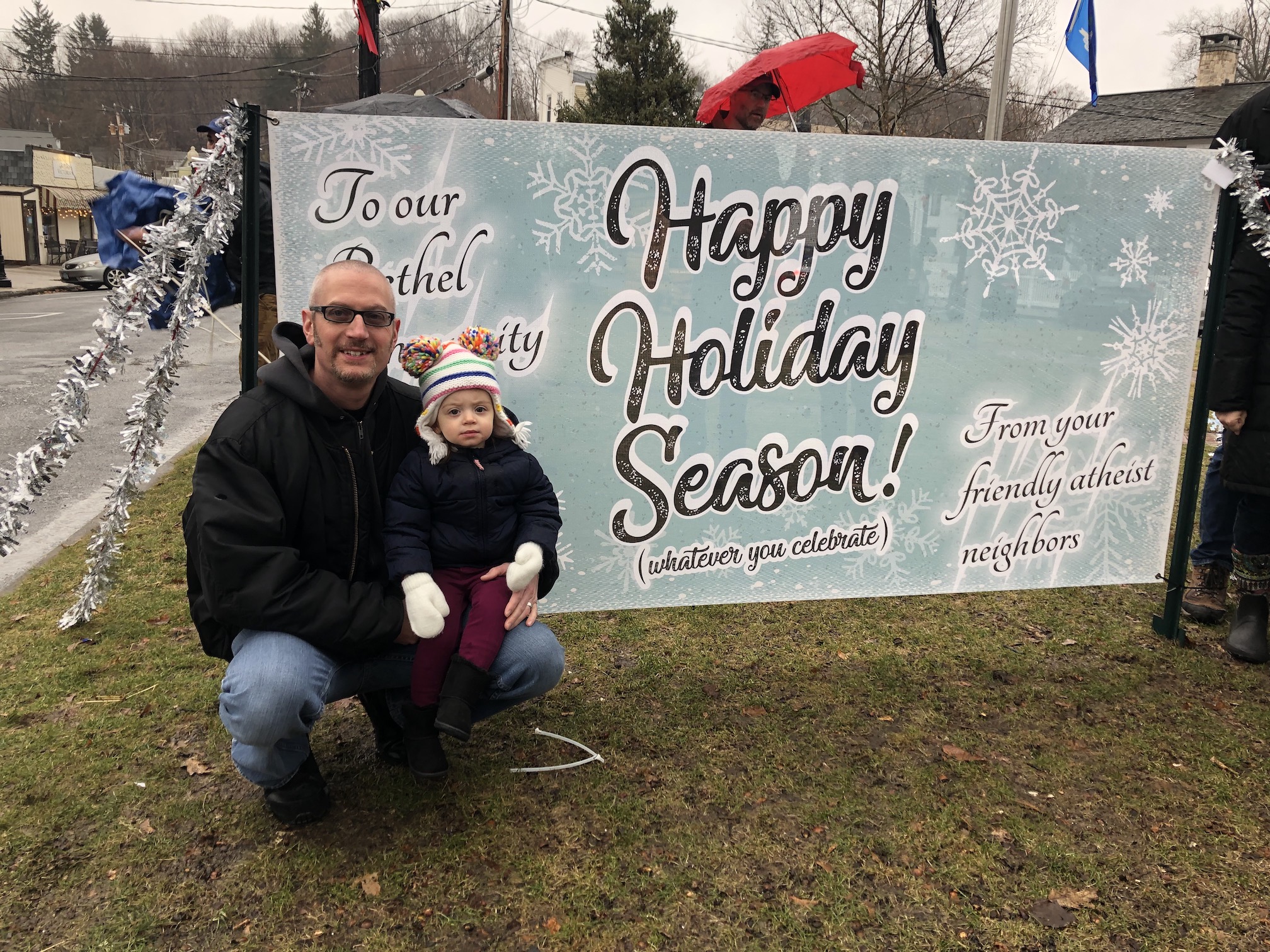 The imaginary War on Christmas seems to come to Connecticut every year.  This year Bethel resident, James Naddeo, wanted to put up a Holiday Display in response to the solitary creche displayed on the town green. Details aside, Residents of Bethel got their hackles up when they realized the display would say, “…from your friendly atheist neighbors.”  The horror!  How dare atheists wish anyone anything! The residents of Bethel were fine with a display going up and message it represented, however the word “atheist” threw them into a tizzy.  But tell them that their response smacks of bigotry and they will become even more defensive.

Anyway, the Bethel display went up on the town green this morning and no shots were fired, no MIA, no KIA, no war.  In attendance were 20-25 folks as young as 5 to as old as 75 from Bethel to as far away as Manchester in a show of support.

Last weekend the Connecticut Valley Atheists celebrated its 10th year of putting up their display on the Vernon green and the Yale Humanist Community dedicated their interactive lighthouse on the New Haven green. So today Bethel completes the Connecticut War on Christmas trifecta!